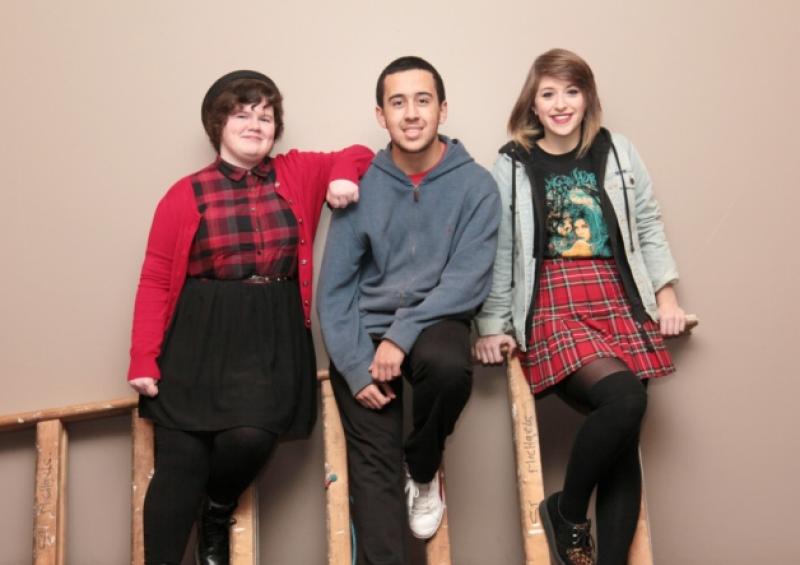 A highly anticipated event in the county’s calendar, Longford’s pantomimes are constantly evolving to become bigger and better.

A highly anticipated event in the county’s calendar, Longford’s pantomimes are constantly evolving to become bigger and better.

Originally a project undertaken by the Backstage Theatre Group, the Backstage Youth Theatre got involved, before taking over the reins a few years back.

With cast, crew and the make-up department primarily made up of BYT, this year, they have gone one step further in their dedication and involvement with a self-penned pantomime! Three members of the group – Rory Williams, Eímear Carberry and Nicole Kirwan have been working hard on this year’s script.

Explaining how this came about, BYT Chairperson and Director Paul Higgins says he heard about a play that Eímear had written for Transition Year, which was performed at her school. “I jokingly said ‘maybe she’ll write us a panto’” he explains.

When asked again a month later, Eímear agreed. Fresh from a writing workshop in Kilkenny, and having written comedy scenes before, Nicole and Rory were quickly brought on board, and the writing began in earnest.

Scenes and characters were split amongst the writers, and slowly but surely, a full pantomime began to form.

Writer of the last three pantomimes and BYT Leader Brendan Williams had high praise for the writers. “I wish I had been as talented a writer as these three when I was sixteen. To be honest, I wish I was half as talented as them now. I just hope to get a mention in their Oscar speeches. That would be nice.”

Along with their dedication to the writing, the trio are also heavily involved in other areas of the show. Eímear will star as one of the seven dwarves, Rory will form part of the crew and Nicole is taking on the make-up department.

As for their hopes for the panto, Nicole says; “I hope they [the audience] enjoy it as much as we enjoyed writing it”.

Having never been able to watch a performance as a member, Rory quips; “I hope I enjoy it!”

‘Happily Ever After?’ takes place at the Backstage Theatre this January. Visit www.backstage.ie for more details.