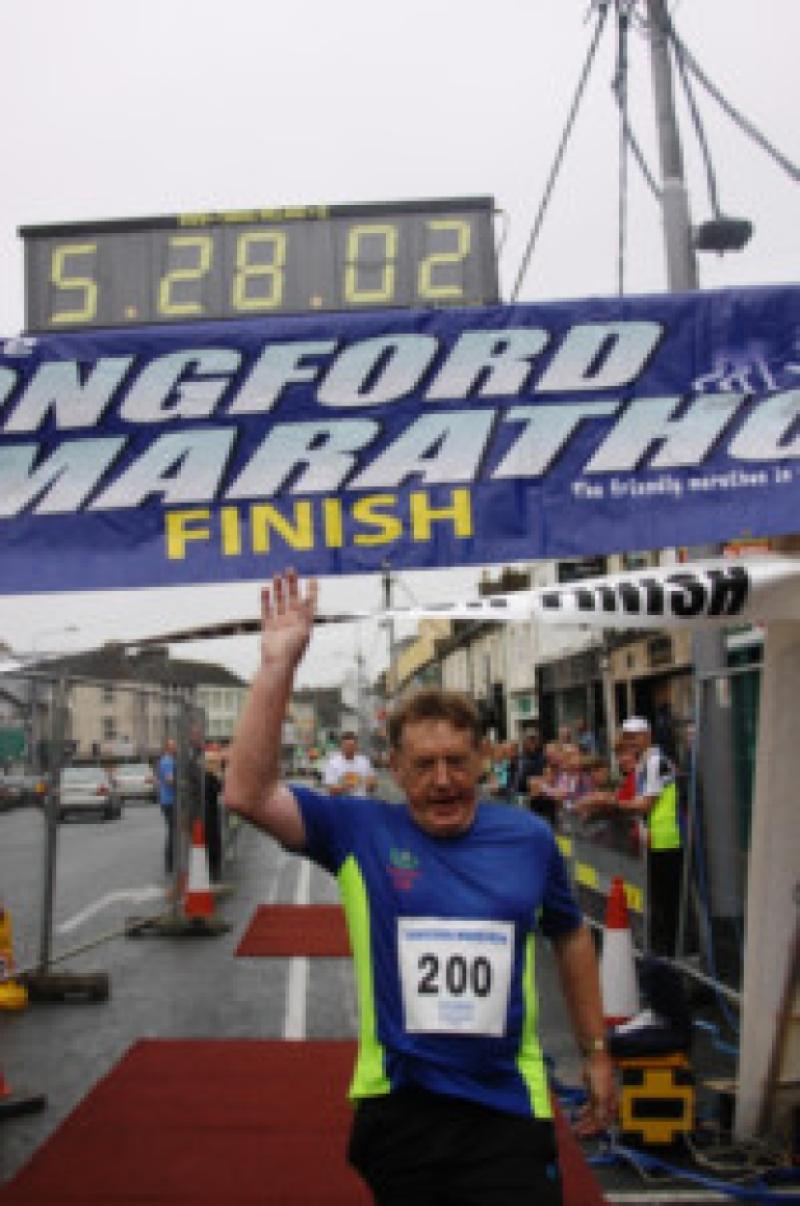 A seasoned long distance runner for the best part of three decades, the amiable Longford businessman Liam Fenelon clocked up his 250th marathon at the weekend in Co Kildare.

Instead of basking in his latest achievement, Liam was up on his feet less than 24 hours later in Galway as he set about improving his golfing handicap.

“That’s where I am today in Athenry,” he told the Leader on Monday. “I have 18 holes today and another 18 tomorrow, it’s what I have always done after a marathon.”

Despite being a relatively late convert to the art of marathon running at the age of 42, Liam’s achievements are unrivalled.

His first attempt at 26 miles, he still remembers vividly, coming in 1984 during a visit by former US President Ronald Reagan.

More recently though, it’s been Liam’s deep seated involvement with the initiation of the ever popular Longford marathon that has attracted most attention.

“I just love going to these events, meeting people and chatting to them,” said the 100 marathon club honourary president.

“Just the other day I was invited to the German marathon where a doctor I know was completing his 1,000th marathon.”

Although some way off that feat, Liam has every intention of perservering and already has his sights set on the Cork Marathon in June.

“I did the one at the weekend in 6 hours. It’s a huge change from the 3 hours and nine minutes that I did in Dublin when I was 51,” he quipped.

“I’ve had three shops and this means more to me than all of those put together. It (marathon running) has been a huge part of life.”

And judging by his earlier comments, it would seem the softly spoken entrepreneur is by no means finished just yet.