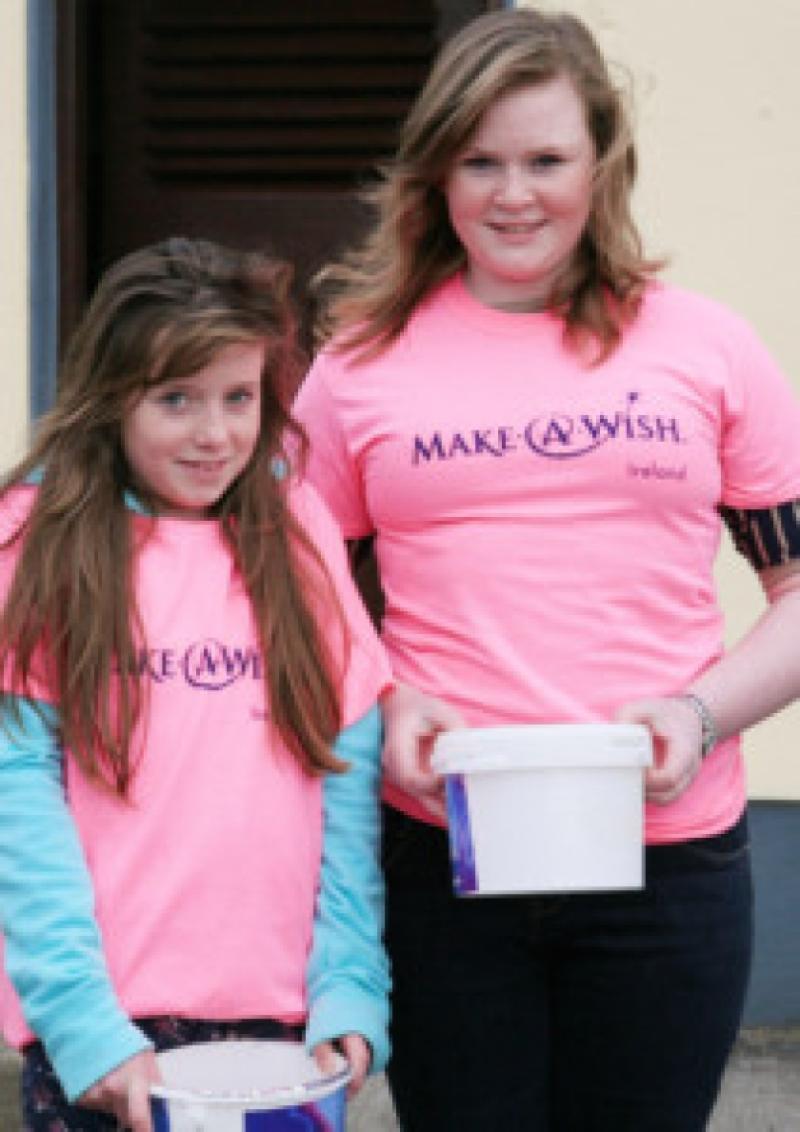 The Cian Fun Weekend event, which took place in Dromard last Sunday to remember the late Cian Smith and to raise some much needed funds for the Make a Wish Foundation, exceeded all the expectations of the organisers.

The Cian Fun Weekend event, which took place in Dromard last Sunday to remember the late Cian Smith and to raise some much needed funds for the Make a Wish Foundation, exceeded all the expectations of the organisers.

With Come Dine With Me events, musical entertainment galore and the arrvial at Paric na nGael of the Sam McGuire and Liam McCarthy cups, there was much to be cheerful about in the north Longford parish, despite the sadness at the passing of young Cian at the tender age of 13.

“We had Come Dine With Me in the Breffni Arms Hotel on the Friday night and again in the Piker’s Lodge in Gowna on the Saturday,” organiser Bríd Mimnagh told the Leader. “Both nights were jam packed and the entertainment was absolutely fantastic.”

On Friday night a number of locals transformed into Crystal Swing, while Cian’s sister Aine brought the house down when she sung with popular group the McNerneys. The Mulligan sisters also brought plenty of laughter to proceedings with their take on ‘Italian Waitresses’ and their shenanigans when serving the customers, while Night Fever brought plenty of dancing and musical flare to what Ms Mimnagh described as “a very successful event”.

“We raffled a Celtic Jersey on the night and it went for about €300 – so that was great,” she added. “We held the event then on Saturday night in the Lodge and we had a sell out crowd there. Over 400 people attended and again when we raffled a Leinster rugby jersey that night, the funds exceeded our expectations – the jersey went for €600. Dance On Band provided the musical entertainment on the night.”

Sunday brought more craic agus ceoil when Pairc na nGael played host to a local clash that saw the community greats line up to take part in a game that brought the skills of Gaelic football and rugby together. Luke ‘Ming’ Flanagan was also there – with a bag of turf in tow and President Michael D Higgins is believed to have made an appearance also.

The Sam McGuire and Liam McCarthy cups were also proudly on display and the buzz around the area was electric. A Donegal jersey and a Kilkenny jersey signed by hurling legend Henry Shefflin raised over €1,000 after they were auctioned off.

Organiser Lil McNerney also pointed to the success of the event and said the spirit of goodwill evident throughout the enitre weekend was “uplifting”. “People have been so generous with their time; the generosity with donations and the kindness shown has been unbelievable,” she added. “We don’t know how much was raised at this stage – but the money is still coming in and the goodwill and generosity really has exceeded all our expectations.”