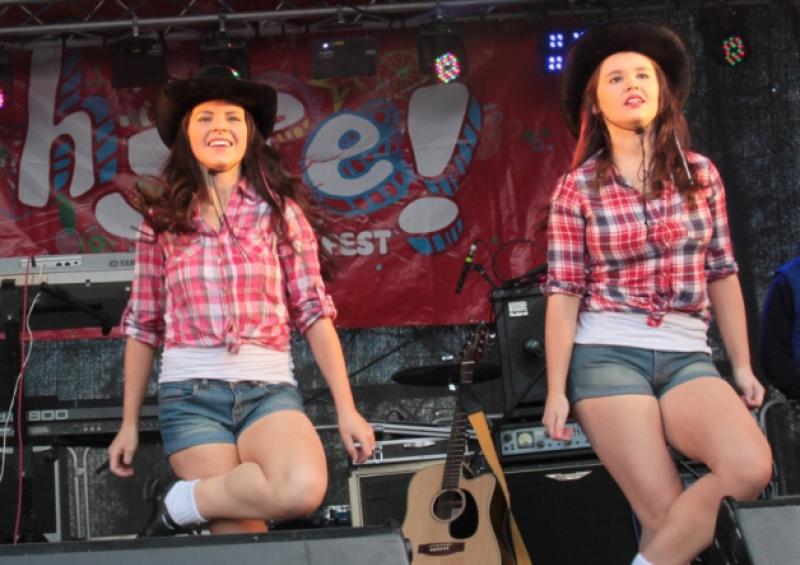 Up to 4,000 youths from all over Ireland are expected to descend on Longford this weekend, as the fourth annual Hype Youth Fest gets underway.

Up to 4,000 youths from all over Ireland are expected to descend on Longford this weekend, as the fourth annual Hype Youth Fest gets underway.

Taking place on the grounds of St Mel’s College this Saturday, May 16, this year’s festival is shaping up to be the best yet, with well-known performers taking to the stage, and plenty of entertainment besides!

Acts such as the Raglans, Wyvern Lingo, Taken and Boycode will keep the crowds entertained all evening, while there will be some familiar faces making an appearance too, namely the winners of this year’s LY Factor, and the extremely talented Kat Mahon.

There will be plenty to see and do all day, with amusements this year including a disco tent, the ever-popular inflatable theme park and a photobooth.

“This is the fourth year of Hype, so it’s pretty well established at this stage,” said Foróige Regional Youth Officer Jim Maher. “We’re pretty proud of it!

“It’s still very popular. It’s one-of-a-kind in Ireland and we’re lucky to have it here in Longford,” he continued.

The event has been in planning since September last, and there is great excitement locally as the day approaches. Pointing out that the festival is a great “boost for the town”, Jim revealed that there are many Longford businesses and providers involved, before thanking locals for their support down through the years.

Of course, Hype is also of great benefit to young Foróige members. While it’s a fun day out, it also raises crucial funding for the Attic House project.

Hype Youth Festival kicks off at 4pm on May 16, finishing up at 11pm. For more information on the festival, visit www.hypefestival.ie.