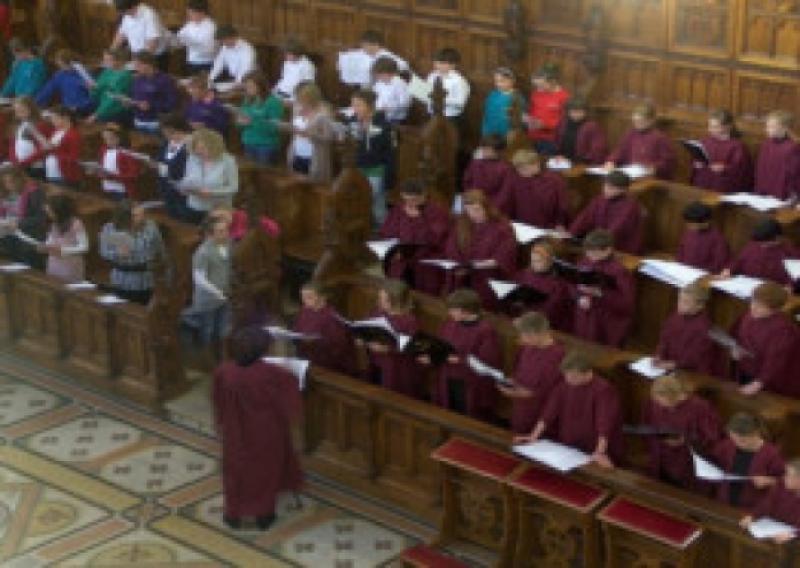 Applications are currently being accepted from pupils of third, fourth, fifth and sixth class in primary schools across Longford for a new youth music initiative called ‘Cantate’.

Applications are currently being accepted from pupils of third, fourth, fifth and sixth class in primary schools across Longford for a new youth music initiative called ‘Cantate’.

The joining of two new ventures - a Schools Singing Programme and a Young Chorister Programme - the aim of Cantate is to help children discover the power of music and its many benefits. Vocal training and learning to read music are just some of the many skills children can expect to develop as part of this new music initiative.

The St Mel’s Young Chorister Programme essentially hopes to develop a boys and girls choir for St Mel’s Cathedral. The newly-formed groups also hope to travel to Maynooth in November to perform at a Pueri Cantores event with conductor Ite O’Donovan and her choir, Piccolo Lasso.

The project will be directed by Derek Mahady, who has completed his Master of Arts in Choral Conducting at the Royal Welsh College of Music and Drama, Cardiff.

Rehearsals will take place in the Temperance Hall, Longford, every Tuesday and Thursday. On Tuesdays, the boys’ choir will rehearse from 4.30pm - 5.15pm before the girls’ rehearsal from 5.15pm - 6pm.

On Thursdays, everyone will rehearse together from 4.30pm - 5.45pm.

Both choirs will come together once a month to perform at the Children’s Mass held at 10am on a Sunday morning.

Parents are invited to log on to www.longforparish.com/cantate to register their child’s interest. Alternatively, Director, Derek Mahady, can be contacted on 086 3052204 or by email at cantatedirector@gmail.com.