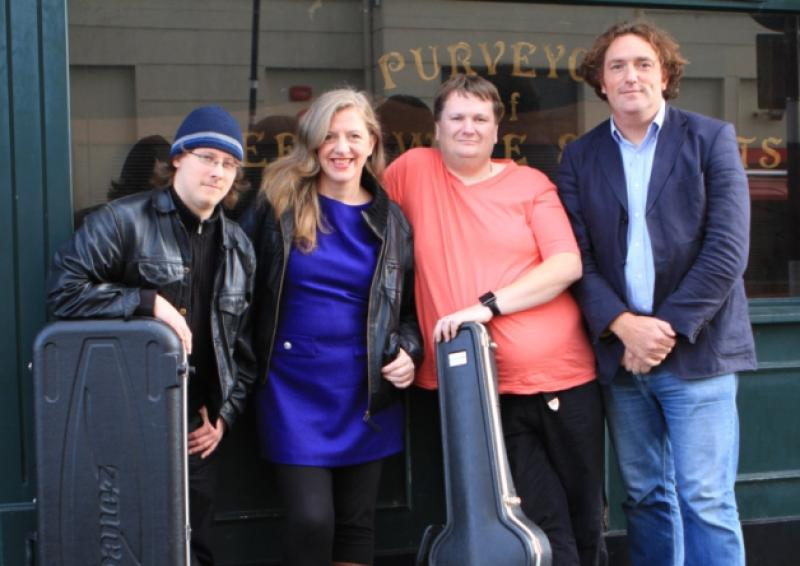 After its success at the inaugural Cruthú Arts Festival during the summer, the Little Blue Room is to make a welcome return this weekend.

After its success at the inaugural Cruthú Arts Festival during the summer, the Little Blue Room is to make a welcome return this weekend.

“This is the first effort to make it a thing in and of itself,” explained one of the organisers behind the Little Blue Room, Shane Crossan.

During the summer, the room at the back of John Browne’s bar played host to three nights of entertainment, encompassing theatre, literature and various genres of music, all in a unique and intimate setting.

This Friday, October 17, an excellent line-up will perform, with entry costing only €5. Blues Confidential will return as a six-piece, after their successful visit during the Cruthú Arts Festival. They will be supported on the night by Graham Feeney, a young singer-songwriter from Killoe.

A new feature of the event will come in the form of a television programme, which will be partially filmed at the performances.

After Friday’s gig, it is hoped that the Little Blue Room will host an event every fortnight.

For the moment, the organisers are still programming the line-up for upcoming events, and Shane stated that they are looking for local talent to perform at the venue.Though its mostly aimed at musicians, Shane adds that the Little Blue Room is also open to other media, including literature and theatre.

For more information or if you’re interested in performing at the venue search for The Little Blue Room on Facebook.