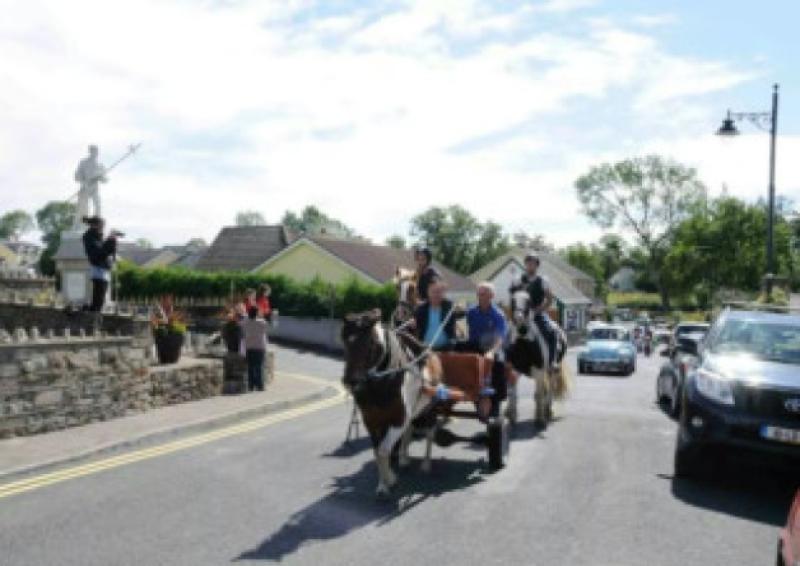 The people of Ballinamuck village are hosting their second annual Olde Fair Day on Sunday, August 17, and it promises to be even bigger and better than last year.

The people of Ballinamuck village are hosting their second annual Olde Fair Day on Sunday, August 17, and it promises to be even bigger and better than last year.

The day will begin with a Vintage Parade from Gaigue Cross at 1.30pm, which will travel down to the Fair Field, located across from the 98 Bar. Declan Nerney will lead the vintage procession and once it has concluded the vintage vehicles will be then on display outside the pub.

“Admission is free,” confirmed Fiona Leslie, the chairperson of this year’s event. “We had great reports back last year and people came from all over. We even had people from England, America and Australia.”

A variety of traditional skills will be on display, from boxty-making to shoeing horses. The Irish Country Women’s Association will be in their tent selling tea, cakes and buns. There will also be a livestock display and a dog show this year alongside the new addition of a 1960s model railway.

A number of activities will be running throughout the day such as pony and trap rides, three-legged races, and egg-and-spoon races. For something a bit different there will be cow bingo, mouse racing, welly throwing and ‘duck-in-the-pond’.

According to Fiona, the committee are working hard to have a little something for everyone: “We are trying to introduce a few new things to keep everyone interested.

“It is on the same weekend as the Marquee in Drumlish because there are a lot of people in the village here, all the B&Bs are booked out,” she concluded. There will be lots of things to see and do the day with live music and plenty of entertainment on offer.