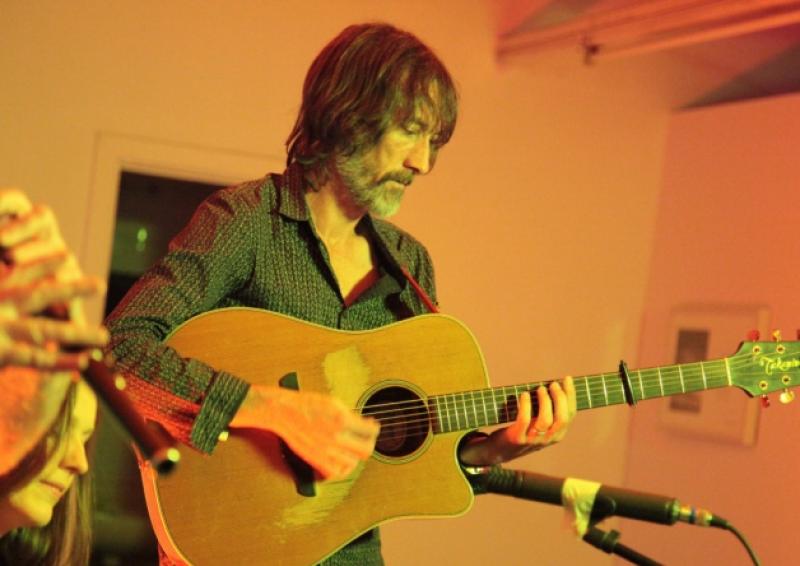 With 10 temporary galleries hosting a wealth of local artistic talent, workshops, and music and theatre events at two venues over the course of the four days, there really was something for everyone to enjoy.

One of the highlights of the opening night, Thursday, July 31, was a performance of Seamus O’Rourke’s new play, ‘Padraig Potts’ Guide to Walking’ at the Little Blue Room - an intimate cabaret-style venue created in the function room of John Browne’s pub - which was enthusiastically received.

Meanwhile, more than 100 peope turned out to witness Sound Circle, a unique music event featuring an eclectic mix of genres, which was hosted at Engage Longford’s gallery space in the old Providers building on Main Street. Playing on the night were Mark Campbell and his band, trad trio The Scattering, singer-songwriter Kurtis Wade, and local house music producer Talkboy, who was marking his hometown debut.

Friday saw more live performances at the Little Blue Room, with the Moogles Theatre Company from Cavan staging their play, ‘Intentions’ for the first time; a one-act production following three thirty-something women who meet in the campsite of a music festival. The night’s music entertainment was provided by multi-instrumental duo Arrow in the Sky, who performed songs from their EP and forthcoming album, before blues rock three-piece Blues Confidential took to the stage.

A number of workshops were held on Saturday, including a well-attended dreamcatcher workshop hosted by the Aisling Children’s Festival, which was followed by storytelling by Eileen Moynihan, who read from her book, ‘Rory Gumboots’, while Mary Cooney hosted a pottery painting workshop at her space on Dublin Street.

Later in the evening, the venue hosted local singer-songwriters Tommy Igoe, Wayne O’Malley, and The Caseys, with the headline slot being filled by the wonderful Fiona Maria Fitzpatrick and the Darling Buds Of.

Cruthú’s pop-up galleries officially closed on Sunday evening, with artists and crafters reporting great interest in their exhibits. The Little Blue Room was again the focus of activities as the festival drew to a close, with bluegrass group Breadwinners bringing the curtain down on Cruthú 2014 with a roof-raising performance which won’t soon be forgotten.

“The festival was everything we had hoped for,” Cruthú committee chairperson Patrick Conboy said afterwards. “We’ve set a high standard for ourselves, and with the dedication and commitment I know everyone involved with Cruthú has for the project, I’m hoping next year’s festival will be even bigger and better.”