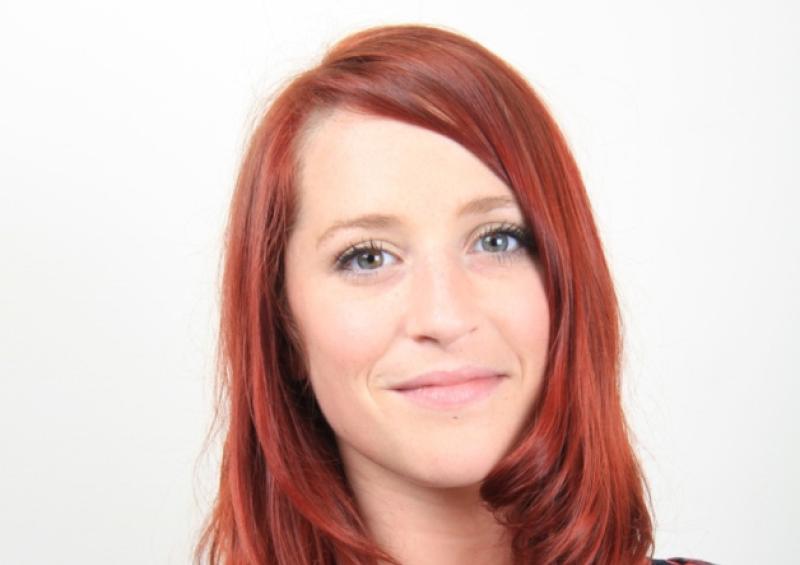 The Cherche La Femme Rose was chosen at a selection night held on Saturday, May 3, and has already been active in her role.

Beginning her duties the day after earning the title, Kathleen attended the Leitrim Rose selection night, where she met a number of her fellow Roses.

“We were treated like VIPs, you really feel very special,” Kathleen explains. The Youth Worker also got a chance to meet An Taoiseach Enda Kenny when he visited her workplace, The Attic.

Speaking about the Rose of Tralee Regional Festival, which takes place in Portlaoise, Co Laois from May 29 to June 1, Kathleen states, “I’m really excited”.

After meeting a number of her counterparts, and making friends with more of them on Facebook, Kathleen happily reports, “They seem like a lovely bunch!”

A busy four days awaits the mother of one, as she will join 59 other Roses from all around the world for a range of events, including a funfair, a visit to Castle Durrow and a vintage car parade.

Over the course of the festival, each of the Roses will be interviewed by host, Daithi O’Sé, before 23 Roses are chosen to go forward to the Rose of Tralee International Festival. A nerve-wracking time for most, Kathleen says she is looking forward to it, as she met Daithi before, when he mentored her band at the time in the All-Ireland Talent Show in 2009.

“It’s not even daunting, that aspect, because he is a lovely man,” she admits.

In the last number of weeks, Kathleen has received amazing support from the community. Explaining that her daughter’s class had made her a well wishes card for the Regional Final, Kathleen adds that people have even stopped her in the street to congratulate her and wish her well.

Looking forward to the event next weekend, Kathleen extends her thanks to all those who have supported and helped her since she decided to take part in the competition, particularly Pauline Belton at Grafters Hair Co, Photographer Michelle Ghee, Sharon Devlin and Nicola Cox at Cherche La Femme, Wendy Louise Knight, and the Management Committee and everyone at the Attic.

Adding that the well wishes and support have given her a huge boost, Kathleen proudly states: “I’m definitely going to Portlaoise a confident woman.

“Whatever way it goes in Portlaoise, I’m just so happy to be the Longford Rose.