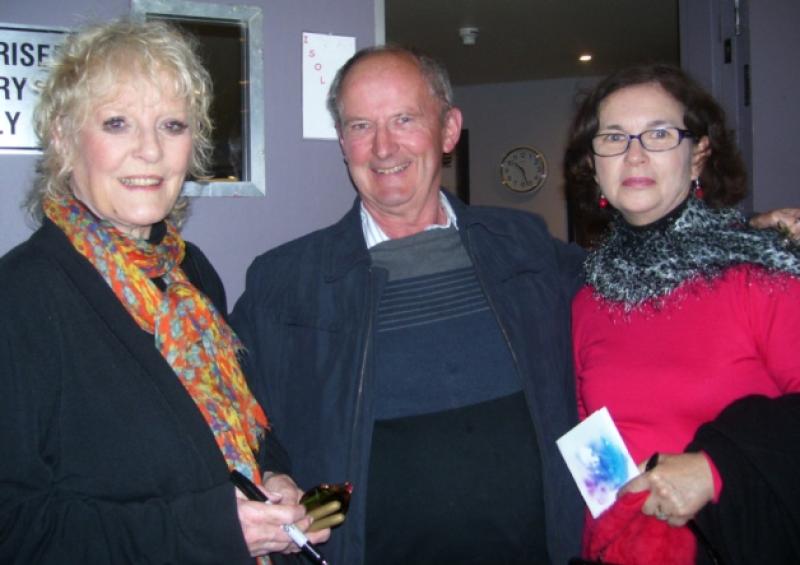 It’s not every day you get the chance to meet one of the all-time queens of pop music.

It’s not every day you get the chance to meet one of the all-time queens of pop music.

The singer-song writer and actress happened to be on the very last night of her Australian tour when Oliver finally got his chance to meet one of his all-time heroes.

“She gave a great performance for a lady who is now 81 years of age,” said Oliver, who worked with Shannonside FM for 20 years.

Ms Clarke was the first UK female to win a Grammy, has sung with Frank Sinatra and Barbra Streisand, and in one of her 30 movies, Finian’s Rainbow, she danced with Fred Astaire.

“She had her first number one in the UK in 1961 with a song called ‘Romeo’,” Oliver recalled.

No stranger to music himself, the Longford town native fronts a regular weekly slot on Perth-based station ‘Capital Community Radio.

It’s a show he has presented for the past five years, and one he hopes will garner renewed support back home.

“If any of your readers would like to listen in to to my weekly radio show, it’s on every Saturday morning from 11am-1pm Irish time,” he confidently remarked.

For those who wish to take Oliver up on his offer, you can do so by tuning in to www.capitalcommunityradio.com.