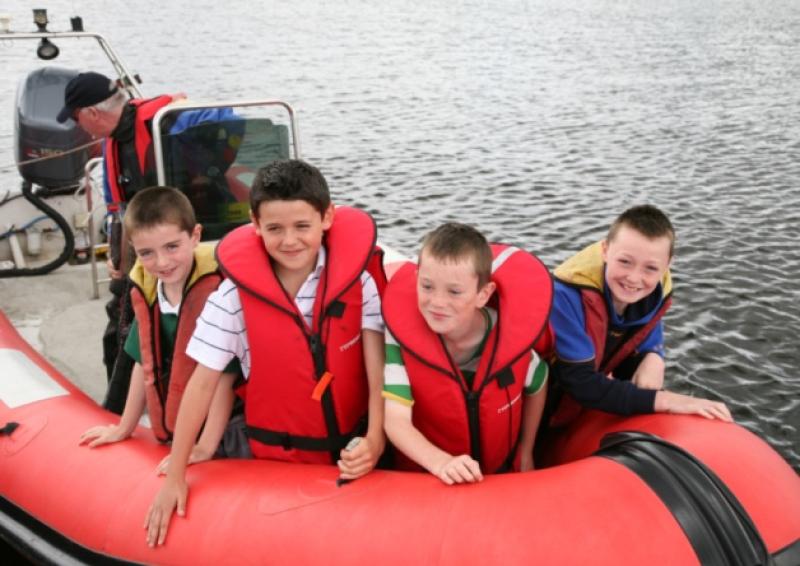 The north Longford locality of Dring is famous for many things.

The north Longford locality of Dring is famous for many things.

Arguably, though, it’s most impressive asset will be on display this Sunday as locals prepare to celebrate the 40th anniversary of the Dring Open Air Festival.

The brainchild of the Colmcille Branch of St Christopher’s Services, the festival like many others started from relatively modest beginnings.

Back then, in the mid 70s, entertainment was provided locally with a tractor and trailer providing stage accommodation.

Like many of its type, the event steadily grew so much so that some of the country’s biggest bands began vying for ‘session’ slots on the shores of Loch Gowna.

Numerous side shows followed alongside a fishing competition organised by the North Longford Anglers Association that still continues today.

In more recent years some of the main side shows on the day like ferret racing has continued to draw large crowds as has the aptly named ‘Milking Daisy’ attraction.

As part of this fundraising event, the committee sells 2 euro tickets for a raffle that is held on the day.

And given its long-standing history, committee members have this week paid tribute to all those, past and present, who have helped copperfasten the festival’s success over the years.

This Sunday, that will be in evidence with a special Mass for present and deceased members of the committee on the lake shore.

Led by Fr Seamus Mckeon will be the celebrant, the parish priest is also expected to be joined by will be Bishop Emeritus, Colm O Reilly and a representative from the local Church of Ireland.

“All our hard work would be in vain without the continued support of Frank Kilbride over the last 30 years for all his hard work in organising bands and stage equipment, and the committee would like to extend a heartfelt thanks to him,” a statement read this week.

“We would like to take this opportunity to thank everyone who gave sponsorship, bought tickets and who supported all our events in so many ways over the last 40 years. Also all our volunteers who help out each year, as without their help and support, such an event would not be possible to stage.”