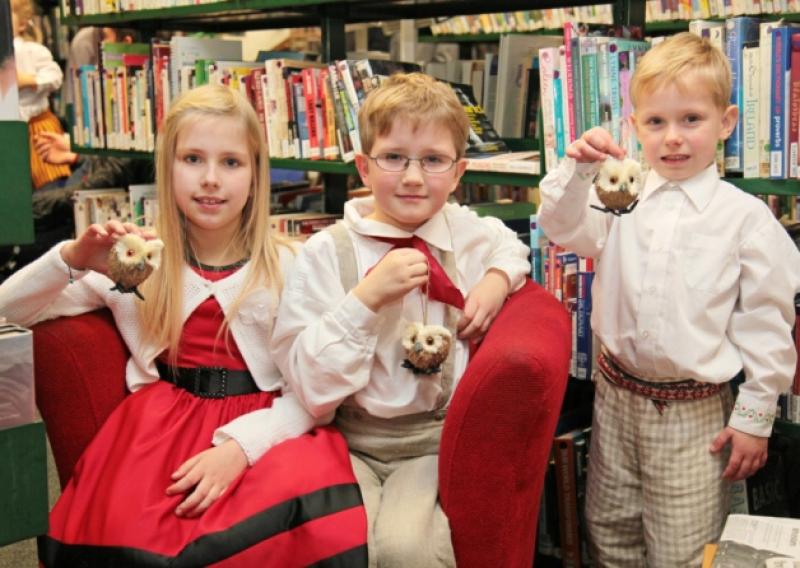 Longford Library hosted a colourful celebration to mark the 95th anniversary of the proclamation of the Republic of Latvia.

Longford Library hosted a colourful celebration to mark the 95th anniversary of the proclamation of the Republic of Latvia.

A fun evening of both Latvian and Irish culture was led by the Drumlish-based “Winnie The Pooh” montessori and afterschool Latvian schools “Vinnijpuks” and “Tigeris-Ru”.

Children and adults alike performed Latvian songs and dances, much to the delight of the attending crowd on Monday, November 18, and the talented dancers from the Claddagh Dance Academy also joined in the celebrations.

Special guest on the day was Dr Gints Apals, Ambassador of Latvia, who thoroughly enjoyed the show.

Speaking to the Longford Leader after the event, Olita Lagzdina, who runs the Drumlish-based schools, was very pleased with how the event had gone.

Olita happily reported that the event had gone “very well” and that “everyone was brilliant”.

Children from Latvia, Poland, Lithuania and Ireland danced and sang on the night, and Olita explained that the Ambassador was amazed by all of the children enthusiastically singing Latvian songs.

Olita also said Ambassador Apals was very interested in how the Latvian and Irish cultures were brought together.

Everyone who took part thoroughly enjoyed their night, and Olita stressed the importance of including everyone in the celebrations.

“It was important to that everyone had a role in the concert and not leave any child out,” she commented.

The hour-long celebration in the library was a huge success, with all in attendance already looking forward to the schools’ next performance.

Even Ambassador Apals, impressed by the cultural celebration, expressed a keen interest in returning to the town in the future.

Just one day after the concert, Olita herself was honoured in an awards ceremony in Dublin, receiving an award for excellency in teaching and bringing the Latvian culture to Ireland.

The award was presented at a reception in Dublin to celebrate the 95th anniversary Latvia’s independence, which was proclaimed on November 18, 1918.