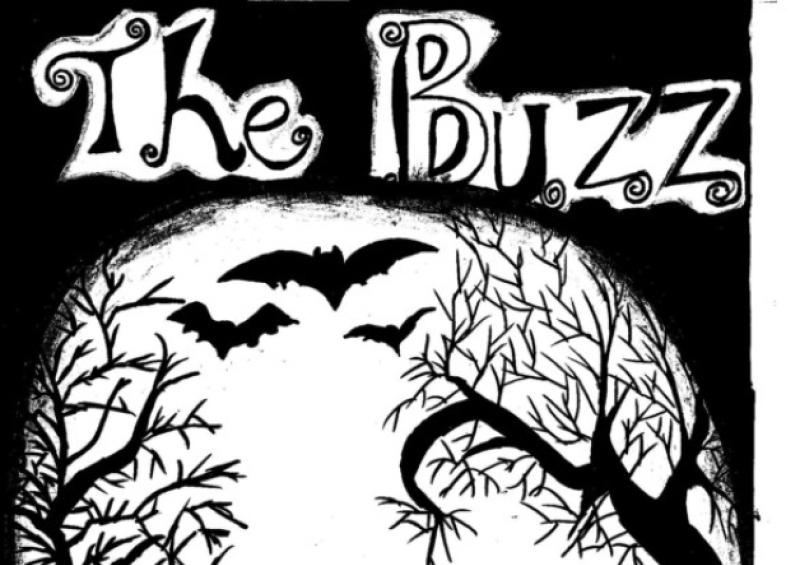 Containing news, stories, artwork and puzzles, Halloween Buzz is just one of many publications put together by the students throughout the school year.

Speaking to the Leader in the run up to the newsletter’s publication, Deputy Principal of Lanesboro Community College, Michael Lyons explains that the magazine was first put together 13 years ago, after issues surrounding East Timor prompted the students to air their own views on the topic. “It’s very much a student newsletter” Mr Lyons adds.

Each year, students are invited to get involved with the Halloween Buzz, whether it’s by writing, designing or drawing. The only rule, Mr Lyons states, is that the students can’t “write anything that might be hurtful to anyone else”.

Halloween Buzz, and indeed the other publications created by the students, take a different direction each year, with some editions taking on quite serious subject matter, while others may be light-hearted and fun. “We try to get them engaged with stuff that means something to them” Mr Lyons explains. “It’s a great endeavor by the students” he adds, explaining that many past pupils who were involved in the publication have gone on to excel in writing, including playwright Alan Flanagan, a former editor of the Buzz.

The students of Lanesboro Community College also release similar editions at Christmas, Valentine’s Day, Easter and sometimes at the end of the year.