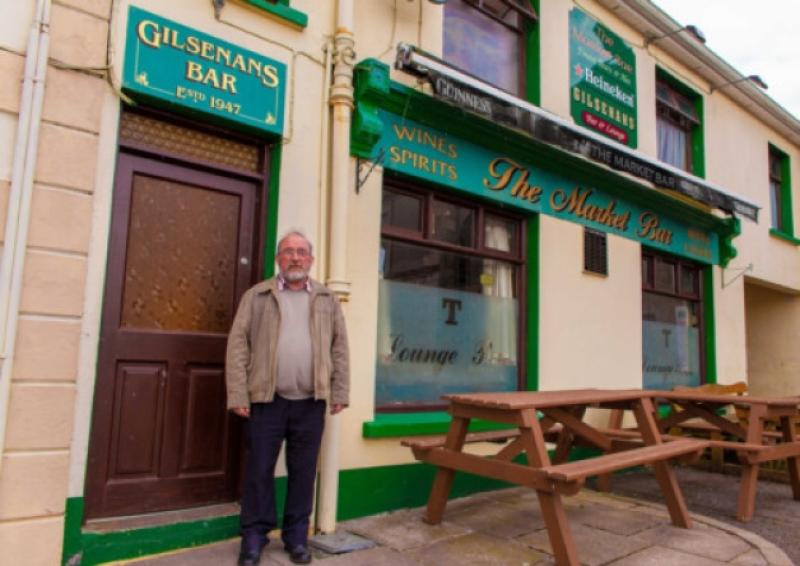 Pulling pints is a skill Brian Gilsenan has nurtured into something of an art form over the years.

Pulling pints is a skill Brian Gilsenan has nurtured into something of an art form over the years.

The best part of four and a half decades after he frist began honing his craft , the genial Arva man is looking forward to working on a whole set of new talents as he contemplates the joys of retirement.

“I love the fishing and I’m going to bingo next week with my grandchild, so I have lots to be at,” he casually joked from his home in Gartylough at the weekend.

As proprietor in chief behind the counter of Gilsenan’s Bar for over 30 years, the father of four knows more about the bar trade than most can ever hope to comprehend.

The only son in a family of four, Brian’s interest in the local licenced industry began from an early age, soon after his parents Theresa and Patrick ventured into business in 1947.

Like many of his neighbours and close friends, Brian attended the local Moyne Community School before going on to complete his Leaving Cert.

But academics and studying, as he points out, were not for him. “I went to work in Dublin and got a job in the Shakespeare Bar on Parnell Street in 1969,” he recalled.

Further stints at establishments in the Capel Street, Stoneybatter and Phibsboro areas of Dublin soon followed as Brian’s stock began to steadily rise.

By 1975, he met and married his wife Elizabeth. All the while though, thoughts of returning home to his native Arva grew ever stronger.

“I had spent ten years in Dublin and I keep saying to myself ‘why not take the plunge and run the family pub?’”

To make ends meet, Brian took on a second job as a bread salesman with local firm Cully’s Bakery. It was a necessary step, but it was a challenging balancing act.

“I worked six days a week and would then be in the bar at night. It was hard going, but I managed it all the same,” he added.

As the years wore on and his mother grew older, Brian knew he would have to take on more responsibility at the bar.

A laid back character at the best of times, it wasn’t long before his charming persona began striking a chord with local punters.

“Business was tough in those days alright,” he freely contended. “I had though built up a good enough trade at that stage. The location of the pub was important too in that we had people calling in not just from Arva, but from north Longford and Leitrim too.”

Not the largest of venues, what Gilsenan’s lost in volume was more than made up for in terms of ambience.

“It (pub) always had a great atmosphere. It was the kind of place where a sing song could start up any time,” said Brian.

The long established and highly acclaimed Cornafaen Ceili Group even performed their first live set in the bar during the early 80s.

Local fundraising projects was another area in which Brian began renowned for. “Over the years festivals like the ‘Wild West’ and events like the St Luke’s walk (Breffni Challenge) kept the pub going. Then the Gallant Challenge from Cavan to Cornafaen which raised €22,000 this year alone.”

More recently, Brian’s main focus has been dominated by concerns of an altogether different kind. After suffering a minor health scare in the lead up to Christmas, the question of calling time on a career spanning the best part of 40 years loomed large.