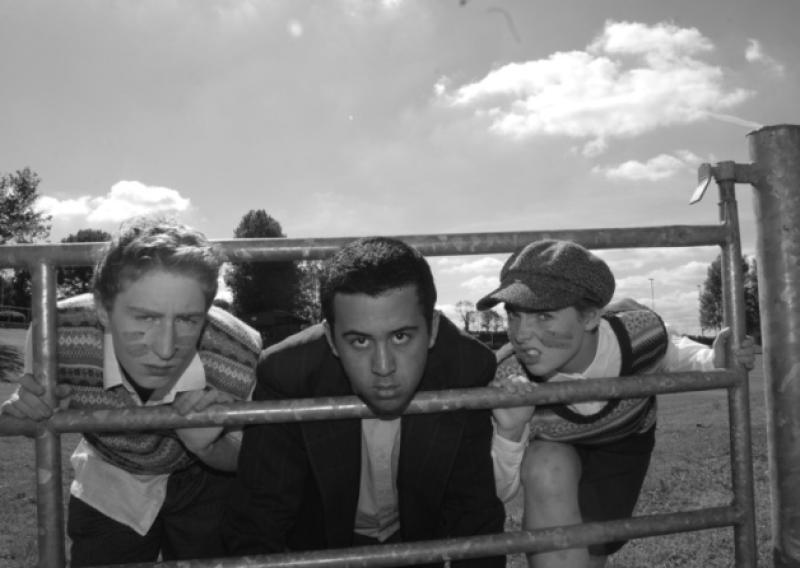 Backstage Youth Theatre (BYT) are taking on a new challenge this month, as they team up with the Backstage Theatre for a special production of Pat McCabe’s ‘Frank Pig Says Hello’.

Backstage Youth Theatre (BYT) are taking on a new challenge this month, as they team up with the Backstage Theatre for a special production of Pat McCabe’s ‘Frank Pig Says Hello’.

“Then of course, I did mention that it was our 20th anniversary so it was important we do something so Paul [Higgins, Chairman of BYT] very kindly suggested that it would be a good idea, which it obviously was, that we join forces for both our 20th anniversaries.”

According to Paul, it’s the first time in their 20 year history that BYT have taken on such a project, but the members are really enjoying the experience. Particularly as they get to work with renowned director Niall Cleary. In fact, he suggested that members will learn more from this than they possibly have in their years with BYT.

Niall is also enjoying his time in Longford, and though he admitted he wasn’t sure about the suitability of ‘Frank Pig Says Hello’, his fears were quickly assuaged. Holding a workshop with the group, Niall brought a scene from the play to the participants, and was greatly impressed by what he saw.

“The scene that I brought up, it was a scene that when I read it, I didn’t have a notion how to stage it, so I said ‘I’ll bring it up and I’ll see how they work, I’ll see what they can do with it’, and they were brilliant.

Though he was surprised at first by their ability, that quickly wore off, as he came to expect that level of professionalism from the cast members - and they have delivered it each time. Indeed, the teenagers have shown great dedication to the show, even forgoing the last week of their summer holidays in favour of rehearsals.

Offering sincere thanks to Doug Fox Roberts, Sean Mulroy and Mairtín Kenny for all their hard work, Niall was also amazed at the relationship that BYT have with the theatre.

“It’s their home here for the month and I think they’re quite respectful of the theatre and everyone in the theatre treats them so well.

“It’s a lovely relationship to have - that doesn’t exist in many places.”

With just over three weeks to go until the production hits the stage, Niall, Paul and Mona are excited for the audience to see this new side to BYT, with Mona adding, “Our in-house production is always one of the highlights of the year and I’ve every confidence that this year will be no different.

“This will be one of the highlights of certainly the coming season, and I think the year as well,” she concluded.

Supported by Longford Arts Office, The Ireland Funds and Flynn & Lynch, ‘Frank Pig Says Hello’ will be performed on September 24, 25 and 26 at 8pm at the Backstage Theatre.