Locals get into the groove for a good cause 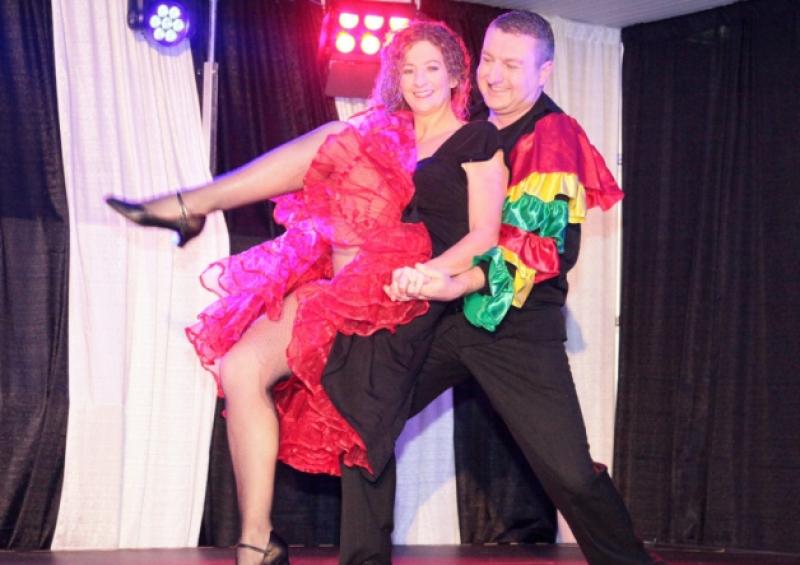 A group of brave locals were transformed into dancefloor divas this past weekend, as they competed in Longford Goes Strictly Dancing.

A group of brave locals were transformed into dancefloor divas this past weekend, as they competed in Longford Goes Strictly Dancing.

In a dance spectacular that took place on Friday and Saturday last in the Longford Arms Hotel, sixteen couples jived, quickstepped, waltzed, twisted and twirled to entertain a crowd of over 1,400 people.

Training for six weeks, the thirty-two prancing participants showed off their fancy footwork to raise funds for the Attic House and the Temperance Hall.

With such talent on display over the two nights, the judges and indeed, the audience, had their work cut out for them. On Friday night, the judgesâ€™ winners were Angela Brady and Paddy Hanlon, while Enda Flynn and Dee Monahan ran out overall winners as well as taking home the audience award.

On Saturday night, the audience award went to Angela Brady and Paddy Hanlon. Dec Flynn and Lorraine Fay were deemed the judgesâ€™ winners, while Enda Flynn and Dee Monahan once again reigned supreme with their dirty-dancing style routine.

All in all, a hugely successful weekend was had, and it was topped off with the news that work on phase one of the Attic House is set to begin within the next few weeks.

For more on this exciting development, or to see photographs from Longford Goes Strictly Dancing, see this weekâ€™s Longford Leader.