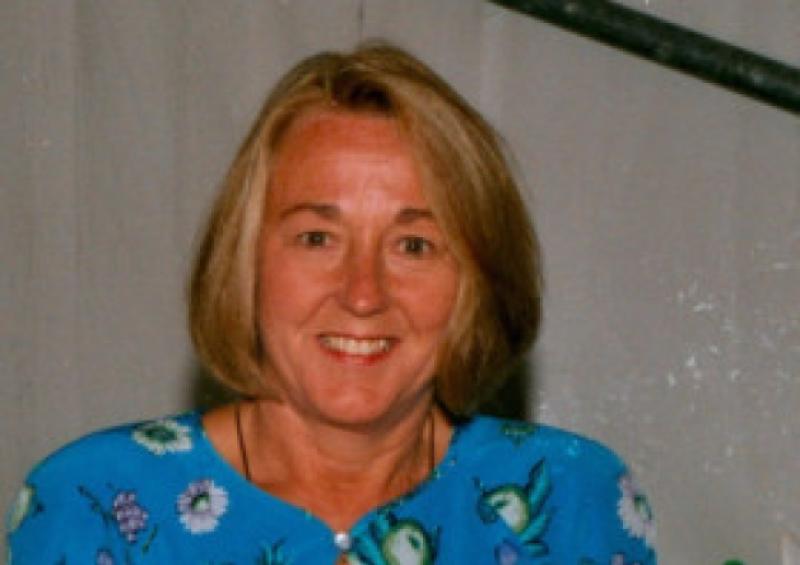 Ballinamuck native Rosemarie L Mellody will proudly stride into the history books next month when she becomes the first lady in eighty years to be the Grand Marshal of the Newark St Patrickâ€™s Day Parade in New Jersey.

Ballinamuck native Rosemarie L Mellody will proudly stride into the history books next month when she becomes the first lady in eighty years to be the Grand Marshal of the Newark St Patrickâ€™s Day Parade in New Jersey.

â€œIt is a big deal and Iâ€™m honoured to have been chosen,â€ a delighted Rosemarie, one of five children of the late Francis P and Josephine Lennon, Creelaughter, explained to the Leader.

Her brothers are Michael, Fr Pat & the late Frank Lennon and she has one sister, Bridie Reilly, Kiltycreveagh, Ballinamuck.

The 80th Newark St Patrickâ€™s Day Parade will take place on Friday, March 13 from 1pm, and Rosemarie, who was educated at Gaigue NS and Ballinamuck Technical School before moving to the USA in 1964 when she was 17-years-old, is looking forward to being joined by her family.

â€œMy three grand-children - Padraic and Mairead Gonzalez & Gavin Mellody - will be marching side-by-side with me. I adore them and it is going to be a very special occasion.â€

Her sister Bridie; brother Michael and his wife Celine; along with her friend, Mary Kate (nee Oâ€™Neill) and her husband Michael Gallagher, will also be travelling to Newark for the parade.

â€œIt is generating plenty of excitement and Iâ€™m really looking forward to it. It is always good to have the family around,â€ enthused Rosemarie.

She ran the Dublin Marathon in 2004 to assist with raising funds towards work her brother Fr Pat Lennon (Ardagh) was undertaking in Zimbabwe and five years earlier she completed the New York Marathon. She added, â€œAnd right now, Iâ€™m in training for a half marathon in Asbury Park at Jersey Shore.â€

Rosemarie is married to Galway native, Harry Mellody, a former hurler of repute from Moylough and theyâ€™ve three children-Michael (who is employed as a financial adviser with Merrill Lynch and married to Denise), Sheila (who is a medical doctor and married to Peter Gonzalez) and John (school principal).

Almost every second year, Rosemarie returns home to Ballinamuck where she grew up on the family farm. â€œMy father was a cattle dealer and we were always out in the field helping to grow the potatoes and do all the necessary things that had to be done on the farm.â€

She has been involved with the organisation of the Newark St Patrickâ€™s Day Parade for over thirty years and she has held practically every officer role, including Chairperson in 2002, making her the first Irish born woman to chair the parade. Indeed, one has to go back 17 years to 1998, when the last Irish born Grand Marshal of the Newark Parade was John J McCabe from Meath.

Rosemarie pointed out that quite a few St Patrickâ€™s Day parades take place in New Jersey and that Newark â€˜is the grandfather of all the paradesâ€™, attracting more than one thousand participants, including a lot of marching bands.

â€œThe Castlerea Band from Roscommon is coming out this year and they are also up front in the New York parade,â€ outlined Rosemarie, who commended New Jersey General Assembly Member Thomas P Giblin of the American Democratic Party for helping sponsor the bandâ€™s participation in the parade.

â€œThomas and a few other friends also came over from New Jersey to celebrate the Ballinamuck 1798 Bicentenary with myself and my family in 1998.â€

Rosemarie is looking forward to everything that comes with the Grand Marshal role. â€œIâ€™ll be promoting the parade and attending various dinner dances, including the Longford Association in New York and Iâ€™ll also march with them in the NY parade. Iâ€™ll also represent the parade committee at presentation ceremonies.â€