The sweet sound of success 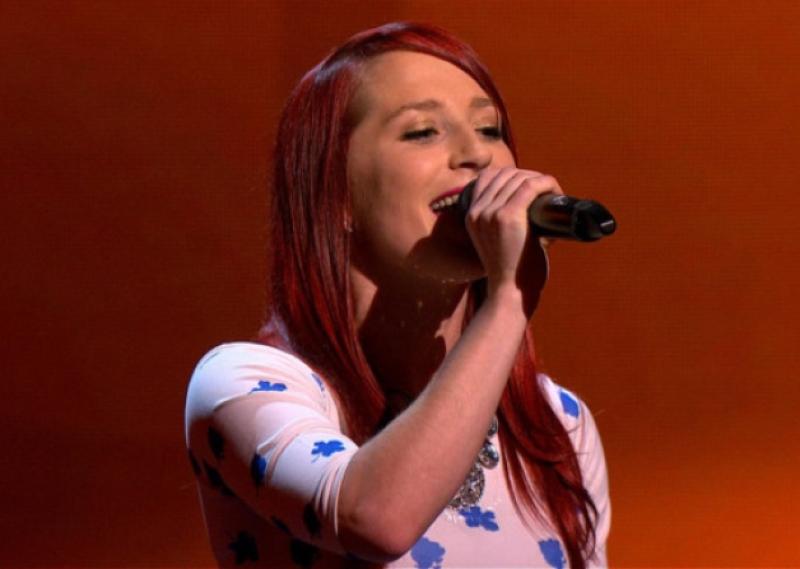 Fresh from Longford Goes Strictly Dancing, where she performed a salsa with Kevin Hussey, Kathleen once again entertained the public on Sunday last, this time on The Voice of Ireland.

â€œIt was very surreal watching it, actually,â€ Kathleen admitted. â€œWe all piled into mamâ€™s house; my cousins, my aunties and my friends.â€

Performing a unique cover of â€˜Folsom Prison Bluesâ€™, Kathleenâ€™s voice impressed all four judges, but it was Rachel Stevens and Kian Egan who turned their chairs to battle it out for the youth worker, with Kian proving successful.

Kathleen will return to our screens again for the live battles but the Longford Roseâ€™s talents will also be shared on the Late Late Show on February 27, as she competes to represent Ireland in the 2015 Eurovision.

Kathleen was contacted by Paul Gurney two years ago, and was put in touch with Charlie McGettigan, who asked her to record his song â€˜Anybody Got a Shoulderâ€™ with the intention of entering it for the Eurovision.

They didnâ€™t enter the song that year, but just after her Voice audition, Kathleen was called by Charlie, who explained that they had entered the song for this yearâ€™s competition. Some time later, Kathleen found out that she was among the five shortlisted acts. Honoured to be singing the song, Kathleen revealed that the performance will also feature local musicians Paul Gurney and Paul Grealy.

The song was first played to great praise on Monday last on RTÃ‰ Radio One and can be heard again on Charlie McGettiganâ€™s SoundCloud or Facebook, or on Kathleenâ€™s own Facebook page.

Speaking about the past few weeks, Kathleen stated that â€œit was very surreal, because at the end of the day, I live in my little house in Drumlish and I work every day and I do the school run in the mornings.

â€œI am a working-class woman.â€

Extending a huge thanks to her friends, family, colleagues and all who have supported her in her singing successes, Kathleen added her congratulations to all involved in the recent Strictly event; participants, organisers and sponsors, particularly her own sponsor, Annette Flaherty.

After years of grafting and gigging, everything is coming together for Kathleen and the Newtownforbes native concluded by telling the Leader that she is â€œon cloud nineâ€.