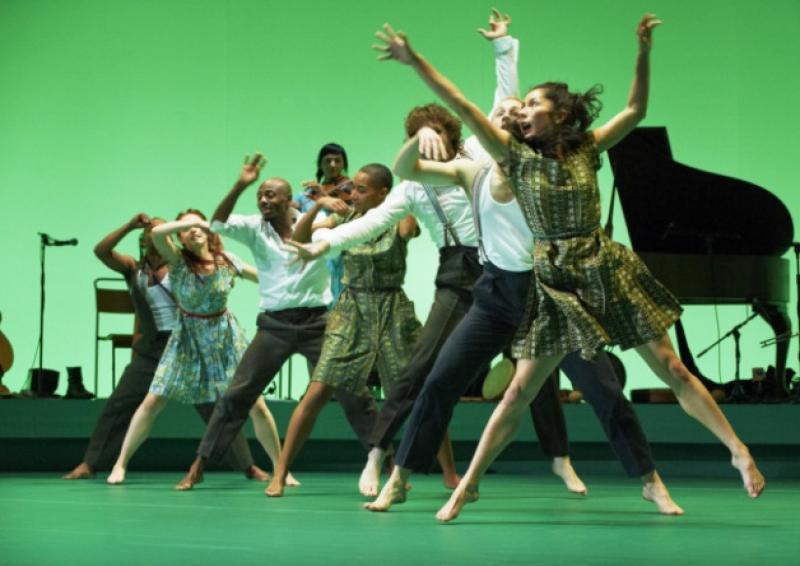 Artistic Director and Choreographer Michael Keegan-Dolan spoke with the Leader in the run up to the groupâ€™s Longford performance of â€˜Rian â€“ UnPluggedâ€™.

A collaboration between Fabulous Beast Dance Theatre and renowned musician Liam Oâ€™MaonlaÃ­, â€˜Rianâ€™ has delighted audiences around the world. Eight dancers and five musicians perform in a beautiful cultural hybrid, which to date has been seen by more than 40,000 people.

An excellent night of music and dance is promised, and the Longford audience is guaranteed a moving and unforgettable experience as they witness the unplugged version of the award-winning show.

â€˜Rian - UnPluggedâ€™ offers a new viewing experience for the audience, one which is more intimate and, as Michael describes it, more democratic, with dancers, musicians and the audience all on one level.

â€œYou lose a few things but you get a lot. You get an amazing connection with the performers,â€ explained Michael, just a day after watching a sold out performance of the show in Navan.

It will be an extra special occasion for Fabulous Beast Dance Theatre and indeed for Michael, as they take the company back to its roots.

â€œMy fatherâ€™s from here, he grew up in Longford and went to St Melâ€™s,â€ Michael stated. Growing up in Dublin, the father of two revealed that he first felt a love for dance while at a Pantomime with his Mother and aunts. A former student of the Central School of Ballet in London, Michael enjoyed a relatively short but highly successful professional dancing career before choreographing ultimately beckoned. In 2006, Michael returned to live in Longford, and the company followed thereafter, making the county their home.

Looking forward to bringing the show to a Longford audience, Michael brings up his annoyance at those who are quick to joke about the county or to write it off completely.

â€œPeople in Longford are really friendly. Itâ€™s one of the most real places Iâ€™ve ever been. Itâ€™s a great place for an artist to live because it keeps you real,â€ Michael remarked, and indeed, his statement seems to ring true, particularly in the area of dance. With world-renowned dancers including Michael and the talented Marguerite Donlon, along with the countless dance schools and classes within the county, Longford has proven itself above average time and again.

Founded in 1997 in Cork, Fabulous Beast Dance Theatre has been strengthening and evolving ever since. Through its daring and unique shows, the company has built up an enviable international reputation for its shows. â€˜Rianâ€™ has proved a tremendous success for the company. Performed across the globe from Bornacoola to Hong Kong, the critically acclaimed show has also scooped a prestigious Bessie Award (New York Dance and Performance Award) last year for Best Production.

â€˜Rian-Unpluggedâ€™ will be performed at the Connolly Barracks this Friday, September 26 at 8pm. Tickets are available from the Backstage Theatre Box Office on 043 33 47888 or online at www.backstage.ie.

With just two days to go before the performance, immediate booking is advised, as the show has enjoyed a number of sold out performances throughout its run.