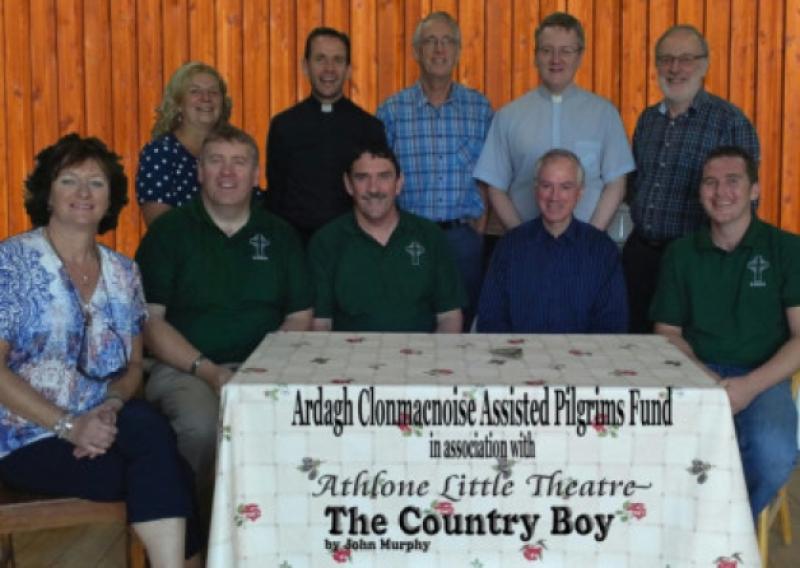 Friday, October 3 will mark the beginning of a very special theatrical journey to raise funds for the Ardagh Clonmacnois Assisted Pilgrims Fund.

Friday, October 3 will mark the beginning of a very special theatrical journey to raise funds for the Ardagh Clonmacnois Assisted Pilgrims Fund.

Athlone Little Theatre will take to the road with John Murphyâ€™s â€˜The Country Boyâ€™ â€“ starting in Longfordâ€™s Backstage Theatre â€“ in order to help the Fund continue the incredible work it carries out each year.

Over the past 46 years, the Ardagh Clonmacnois Assisted Pilgrims Fund has continued to arrange trips to Lourdes for up to sixty assisted pilgrims and their helpers, which include students of local secondary schools.

In this unique initiative, the longest established amateur theatre group in Ireland will tour locations throughout the diocese of Ardagh and Clonmacnois with this classic and much-loved tale of emigration.

Young Curly canâ€™t wait to escape the strictures of his rural Mayo existence; his domineering father and the lack of opportunity. His older brother Eddie has returned home â€“ along with his brash American wife, Julia â€“ apparently for the purpose of bringing Curly back with him. But all that glistens on the far shore is not gold and what unfolds is a gripping family drama.

All cast members and the support team are volunteering their time, with all monies raised going into the Fund.

A spokesman for the production said, â€œThe message we want to get out there is that the hard work and dedication is still continuing. If there is anyone in the diocese who feels they, or a loved one, would benefit from going to Lourdes, either as a pilgrim or an assisted pilgrim, then please come to one of the shows and make yourselves known to any of the committee members who will be there on the night.â€

The Ardagh Clonmacnois Assisted Pilgrims Fund is very lucky to have a dedicated staff who take time each year to ensure that the visits, which boost morale, facilitate the making of lasting friendships and offer renewed spiritual strength, continue to happen.

Throughout October and November, â€˜Country Boyâ€™ will also visit Moate; Cloghan, Co Offaly; Carrick on Shannon and Athlone.An excellent night of theatre is promised, all for a great cause.