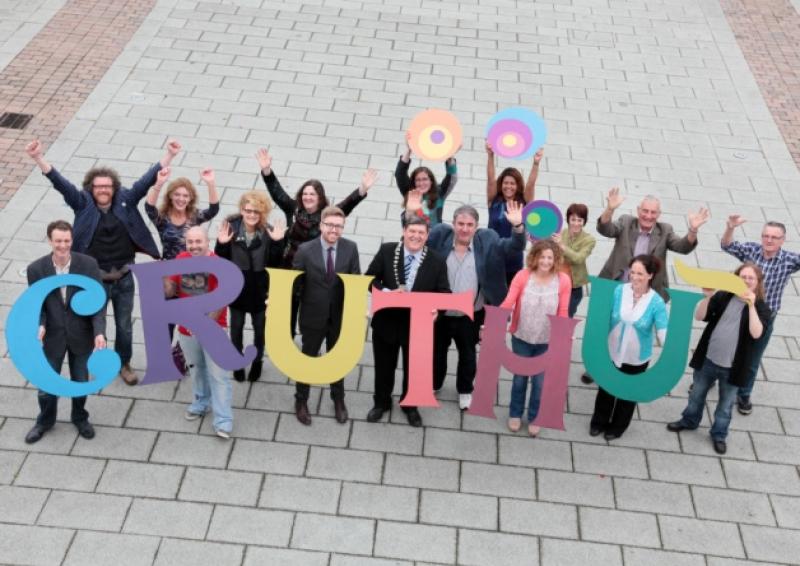 With only two weeks to go until it gets under way, the CruthÃº Arts Festival was officially launched in Longford town last Friday evening, July 18.

With only two weeks to go until it gets under way, the CruthÃº Arts Festival was officially launched in Longford town last Friday evening, July 18.

Primarily focused on showcasing local creative talent, the first edition of the festival takes place from Thursday, July 31 to Sunday, August 3, and will feature a broad range of creative mediums.

â€œItâ€™s our intention to make CruthÃº an annual event which will provide a platform on which artists, musicians and performers from the region can display their work,â€ explained the festivalâ€™s chairperson, Patrick Conboy.

â€œThis year weâ€™ll have a number of pop-up exhibitions and workshops dotted throughout Longford town.

â€œEngage Longford will host a larger exhibition in the old Providers building on Main Street, which will also be a venue for a unique music event on July 31 called â€˜Sound Circleâ€™ that will feature an eclectic line-up of acts from around the county and further afield,â€ he continued.

â€œThere will also be an intimate cabaret-style venue located in the function room of John Browneâ€™s pub, which will feature theatrical performances, including Seamus Oâ€™Rourkeâ€™s latest one-man play, and music covering genres such as blues, bluegrass, and jazz, among others.â€

Joining organisers and exhibitors at the photo call on the Market Square was Longford County Council Cathaoirleach Mark Casey, who said:

â€œEvents such as CruthÃº are the lifeblood of any town.

â€œNot only will it provide a boost for local artists and art-lovers, but itâ€™s sure to attract tourists to the town as well.â€

Also present at the launch was Longford County Arts Officer Fergus Kennedy, who has been working closely with the organisers. added that:

â€œIt can make a tremendous difference to the quality of life of the local community.

â€œI would especially encourage those who donâ€™t normally attend arts events to come along and see for themselves the breadth of talent that exists in Longford,â€ Mr Kennedy concluded.

The festival starts on Thursday, July 31.