Ballinamuck steps back in time to the 1798 Rebellion 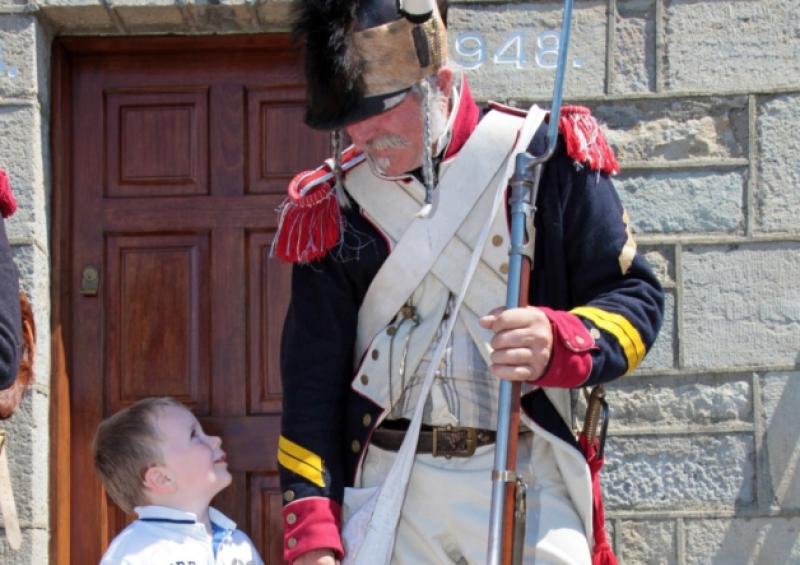 Ballinamuck took a step back into the history books at the beginning of July, as re-enactors put on a display to re-create part of the 1798 rebellion.

Ballinamuck took a step back into the history books at the beginning of July, as re-enactors put on a display to re-create part of the 1798 rebellion.

Re-enactors from France, Ireland, Northern Ireland, England, Germany and Switzerland, were in Ballina recently to re-create some of the military engagements associated with the 1798 Rebellion in the region and General Humbertâ€™s t ime in the area.

Just as happened 216 years ago, â€˜General Humbertâ€™ and some of his army arrived in Ballinamuck to see for themselves where the glorious dream ended in defeat and the slaughter of 500 Irish rebels on Shanmullagh Hill. The French re-enactors fired volleys over the graves of the rebels as a mark of respect to the fallen heroes.

Back to modern times, the re-enactors then spent the rest of the day enjoying the hospitality of the village and interacting with the locals in the glorious sunshine.

The group was welcomed to Ball inamuck by Cathaoirleach of Longford County Council, Mark Casey and Chairperson of the Enterprise Group, Paddy Howe, who jokingly reminded everyone present that the village were expecting another French â€˜invasionâ€™ in July , as a group of approximately thirty French teenagers and adults arrive for a ten day packed programme of events as part of Ballinamuckâ€™s successful twinning with Essert de Belfort. More photos in the Community Notes section.