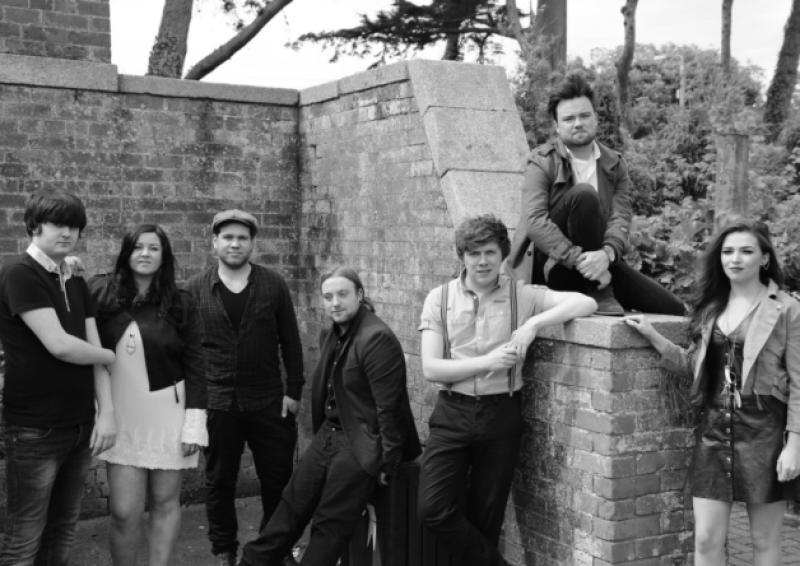 From a number one EP, to a headline show in Dublinâ€™s Sugar Club, to performing in front of thousands as support to Kodaline, these past few months have been extremely busy for midlands based band, White Chalk.

From a number one EP, to a headline show in Dublinâ€™s Sugar Club, to performing in front of thousands as support to Kodaline, these past few months have been extremely busy for midlands based band, White Chalk.

However, the best is yet to come for the band with strong Longford connections as they are about to take centre stage at what they describe as their most exciting yet intimate gig to date.

Their headline concert at Backstage Theatre on Friday, July 25 is a special one for members Kevin Farrell and Aisling McCarthy as it is their first major homecoming show.

â€œWe played Hype Festival in Longford and Mona Considine was involved and she also books acts for The Backstage so she got on to us about doing that,â€ Kevin explained.

â€œOf course we are very excited about it,â€ he continued, â€œIt was mentioned to us before that we should do it but we werenâ€™t sure if we could fill it.â€

Not only are they conscious about filling the venue, the musicians are also aware of the fantastic amenity on offer. â€œIt is a really nice venueâ€ piped Aisling, â€œevery gig I have ever been to there has sounded amazing and as it is where we are from it will be interesting to see if we can get some people to come.â€

No strangers to Backstage Theatre, Kevin and Aisling have both performed there on separate occasions.

â€œI performed my first original song there and Kevin played with his old band â€˜Rouletteâ€™ back in the dayâ€ laughed Aisling.

They both agree about how important the gig is to them and are anticipating what they can bring to it as it is their own gig and they have total control. â€œWe have a few tricks up our sleeve and we have a lot of new songs,â€ she hints.

â€œItâ€™s not like your usual pub or festival gig where you want to keep people dancingâ€ agreed Kevin, â€œwe have got a lot of songs which wouldnâ€™t be right for any other venue than Backstage.â€

After working with top producers; Tom Fuller who worked with the legendary Amy Winehouse and Philip Magee who has worked with Kodaline and The Script, White Chalk released their debut EP â€œGolden Kidsâ€ which shot into the ITunes album charts at number one. The EP received critical acclaim with Golden Plec describing it as â€œeffortless and infectious pop with a warm glow that makes it made for radioâ€.

White Chalk is a seven piece band which is fronted by popular Voice of Ireland finalist Conor Quinn. The band is an eclectic mix of some of Irelandâ€™s finest young talent. They use an impressive array of instruments such as guitar, cello, keyboards, drums, mandolin and bass.

Meanwhile, RTE 2fm has announced that White Chalk will be playing Oxfam Irelandâ€™s Oxjam Stage at the Electric Picnic in Stradbally from August 29 - 31.

A month ago, RTÃ‰ 2fm, in conjunction with Oxfam and Electric Picnic, put a call out to bands, singers and musicians across the country to enter 2fmâ€™s Play The Picnic with Oxfam and compete for the chance to be one of 10 acts chosen to win a coveted live set at the countryâ€™s biggest music festival.

After whittling down almost 500 original entries to a longlist of 30, the public voted in their thousands for the acts they wanted to see go forward.

After counting the votes and deliberating with the judges, White Chalk were selected.

Tickets for their July 25 gig cost â‚¬10 and can be purchased from the Backstage Theatre 043 33 47888, from Farrell & Coy or by visiting www.backstage.ie