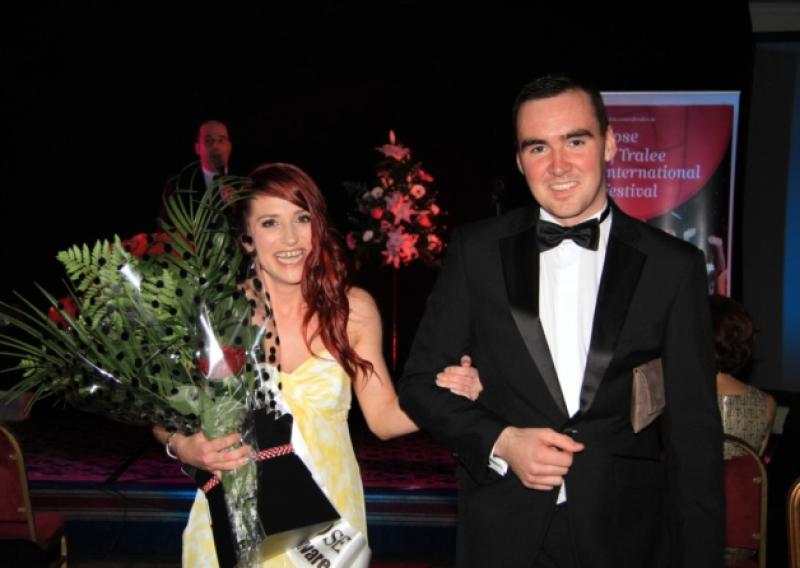 A youth worker in the Attic Youth Cafe, Kathleen, who was sponsored on the night by Cherche la Femme, admits that she is still in shock, having only decided to enter the competition a week beforehand.

â€œMy friend James is involved with the competition and he was recruiting girls to enter,â€ Kathleen explains.

â€œHe had asked me a few times to do it but I always said no, thinking that my personality wouldnâ€™t really suit it. Sharon from Cherche la Femme said she would sponsor me and that I should go for it, so I did.

â€œThe Longford Rose is in a great position to do work locally for the community and it is an honour to represent Longford,â€ Kathleen continues, adding that the experience of the selection itself was incredible.

â€œI felt like a princess. Being a mom, my day consists of cooking, cleaning and looking after others. To actually get done up for the day, even with the interview taken out of things, it was amazing.â€

A well-known singer, Kathleen is no stranger to the stage, but the newly-crowned Rose reveals that she was still nervous on the night.

â€œI am used to singing but I was aware I was being interviewed and had to speak about myself.

â€œI was scared and apprehensive, but I told myself to just be myself and went for it,â€ Kathleen continues.

â€œBenny Oâ€™Brien is fantastic at what he does and made us feel at ease. Paul Gurney is such a great musician so I knew when I was singing it would all go ok.â€

Kathleen impressed the judges and audience with her powerful rendition of the song â€˜Summer Timeâ€™ from the musical Porgy and Bess, which she will also sing when she progresses to the regional finals in Portlaoise.

A well-known song, it has particular significance for the youth worker, as she used to sing it to her daughter, CÃ¡itlÃ­n, to put her to sleep.

Despite her stunning performance, Kathleen admits that she never dreamt of being chosen, stating that as she met the other contestants, she saw how â€œlovely and talentedâ€ they all were.

â€œJust before they called out who got through I was gearing myself to congratulate someone else. They called out Cherche la Femme and it took me a minute to realise â€˜oh that is me!â€™â€

Looking forward to the regional finals and being a spokesperson for Longford, the 2014 Longford Rose is also enthused about using her title to do good in the community.

â€œI am just grateful being in the position to help charities, such as the Attic Youth Cafe where I work and which I am passionate about. Also, Rehab care as my brother James uses it daily.

â€œI am looking forward to being open and available to help people in any way I can as it is an honour to represent Longford. I want to help as much as I can in any way I can,â€ Kathleen concludes.