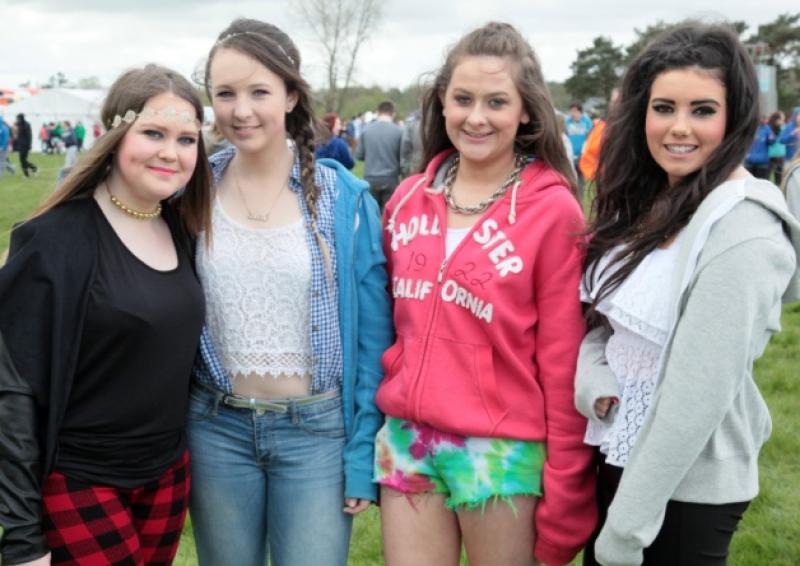 Four thousand young people converged on Longford for the Atticâ€™s HYPE Youth Fest, which was held on the grounds of St Melâ€™s College on Saturday week last, April 26.

Four thousand young people converged on Longford for the Atticâ€™s HYPE Youth Fest, which was held on the grounds of St Melâ€™s College on Saturday week last, April 26.

HYPE stands for â€œHelping Young People Everywhereâ€ and the event brings ForÃ³ige clubs from every corner of the country together.

This one day festival was the brainchild of The Attic in an attempt to raise funds for the new Attic House on the Ballinalee road and it has run for three consecutive years.

HYPE is the biggest Youth Fest of its kind for young people in Ireland and it allows ForÃ³ige members experience a music festival in a closely supervised and strictly drug and alcohol free environment.

This year brought acts including; Heathers, Raglans, Knights of Leon, Fresh RÃ© and White Chalk to Longford. HYPE 2014 also saw up and coming stars within The Attic and ForÃ³ige take to the stage to showcase their talents. The very popular Fergal Darcy from I Radio was last on stage and ended the night on a high.

With each year HYPE gets bigger, better and attracts more and more young people. However, this event would not be possible if it wasnâ€™t for the many enthusiastic, dedicated local leaders and those behind the scenes who ensure HYPE runs smoothly each year. The organisers would like to take this opportunity to thank you all for your effort, commitment and hard work.