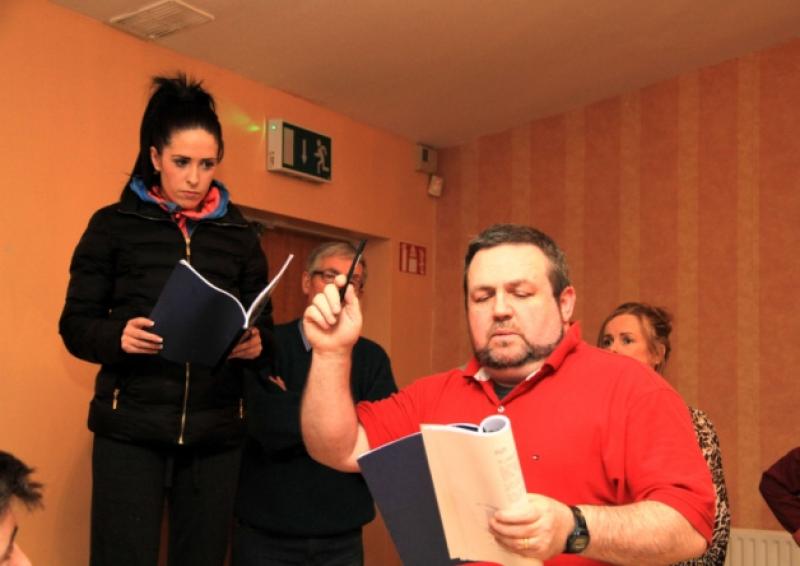 The musical â€˜Oliver!â€™ has become synonymous with Paul Norton over the past number of years.

The musical â€˜Oliver!â€™ has become synonymous with Paul Norton over the past number of years.

Paul, a native of Tullamore, started out performing in musicals, but made his directorial debut with â€˜Oliver!â€™ in 2006, earning an AIMS (Association of Irish Musical Societies) award for his efforts with Portlaoise Musical Society.

Paul directed â€˜Oliver!â€™ for a second time last year with Birr Musical Society, for which he also won Best Director at the AIMS awards. In both instances, the performers playing the part of Fagin were nominated for a Best Actor AIMS award, with one taking away the title.

With Paulâ€™s previous successes with â€˜Oliver!â€™, St. Melâ€™s Musical Society will no doubt be hoping that third timeâ€™s a charm for their new director.

Speaking to the Leader this week, Paul says that rehearsals with the Longford society are going very steadily. â€œIâ€™m very, very happy with the castâ€ he explained.

During the current musical season, Paul reveals that the Longford show is just one of eight in which he has taken on the role of director.

Starting with â€˜The Last Five Yearsâ€™ in Tullamore last September, Paul has also worked on the Madness musical â€˜Our Houseâ€™, â€˜Greaseâ€™ and â€˜Annieâ€™, which has just ended in Tullamore. Along with the Longford show in April, Paul is also working on â€˜Me and My Girlâ€™ with Ballinasloe Musical Society and another production of â€˜Annieâ€™ in Roscrea.

All completed while working full time as a prison officer in Portlaoise, itâ€™s a tough job to take on, but one that Paul is happy to do.

â€œI enjoy it so much it doesnâ€™t feel like a jobâ€ he admits.

Having watched St. Melâ€™s Musical Society in action previously, Paul is glad he got to work with them. â€œTheyâ€™re a good societyâ€ he added.