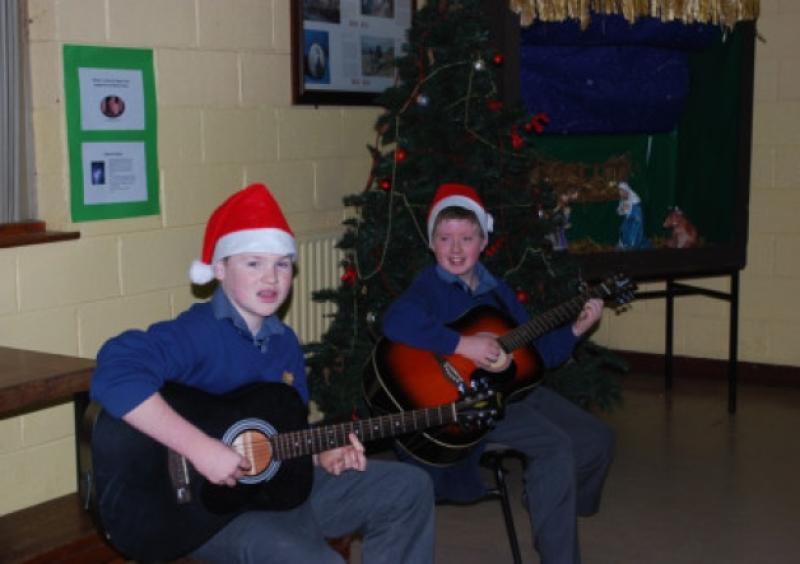 There is a cheery Christmas atmosphere in St Melâ€™s College, as the students prepare for their Christmas Concert.

There is a cheery Christmas atmosphere in St Melâ€™s College, as the students prepare for their Christmas Concert.

A first for the College, the concert will give the students a chance to showcase their talents, with three shows taking place this week.

The idea came about after the Transition Year group began to work on two plays with Gus Hanley, explains music teacher Yvonne NÃ­ Thuathail. Under the direction of Gus, the students wrote two plays which were to be performed in the school.

Music has this year been introduced as a subject for first year students, and Yvonne had hoped to feature some of the talented musicians at the interval of the plays.

The idea grew from there, and a fully-fledged show soon formed with singing, rapping, acting and even recitation included.

As well as displaying the incredible amount of talent the students have to offer, both Ms NÃ­ Thuathail and TY Coordinator Trudy Farrell agree that it has been a huge confidence boost to the boys. Students who seemed shy in class have surprised both teachers by taking lead roles in the show.

Students from all years have been preparing for their performance, and all hope that the concert will become an annual event. The Christmas concert will take place in St Melâ€™s College on December 19.