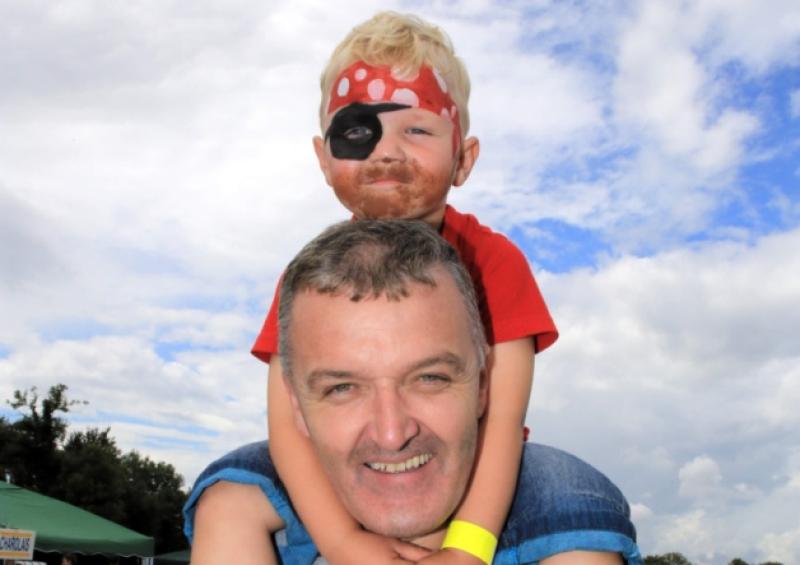 The reddened cheeks and weary smiles said it all.

The reddened cheeks and weary smiles said it all.

Not that any of those still clearing the decks inside the various tents and marquees at last Saturday’s 111th Co Longford Show seemed to mind.

“You’ll give us a good write up now won’t you,” was the hopeful cry from ICA secretary Margo Ward.

She, like the association’s president May Campbell were putting the last of the cutlery and empty boxes away when we caught up with them shortly after 5pm.

Inside, a scattering of other civil-minded volunteers could be seen scrubbing away at the last few remaining tables.

“Wrecked,” was the quick-fire response from Margo when pressed about how her feet were holding up after a near 10 hour shift dishing out teas and cakes to the masses.

Truth be told, it was an ordeal both women brushed aside with remarkable modesty.

“This is our fourth time at the show and I have to say it’s been the best yet,” interjected May. “Sure the bargains we had on brought people back into the tent several times.”

At face value and by the trampled appearance of the grass from inside the association’s makeshift headquarters, it wasn’t a statement you could hardly argue with.

Flanked by two prominent and exhausted ICA members, it wasn’t a choice that would have been the most well-timed anyway.

A short distance away from the hustle and bustle of the ICA tent was another feature which drew large crowds.

Decked out with a dainty looking canope and garden benches to boot, the beer tent, has become an essential component for any show day worth their salt.

“It’s been great, it really has,” said a relaxed looking Gerry Clyne. The Longford town man was in the company of fellow ‘Townie’ Brian Hughes and James Farrell from Moydow.

“We were over trying to guess the weight of the tractor a bit earlier,” he added, pointing to a general area that was by now virtually cleared away.

That task carried with it a prize, something Gerry and his two companions didn’t show much signs of being unduly bothered about.

Sipping every so often from a creamy pint of the black stuff, Gerry said: “Ah sure, we’ll stay here for a bit longer yet and persevere.”

Based on what went before, who could blame him?