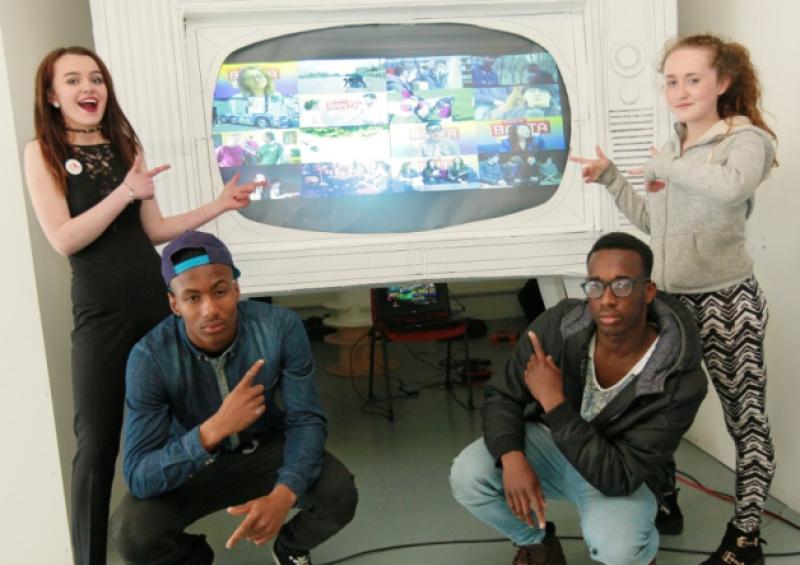 The atmosphere in the Engage Gallery was electric on Thursday, May 14, as local students gathered with their families and friends for the launch of Banta Central TV.

The atmosphere in the Engage Gallery was electric on Thursday, May 14, as local students gathered with their families and friends for the launch of Banta Central TV.

The result is two hours of footage, jam-packed with topical interviews, guest performances and hilarious sketches.

“What I think is great is that the media created by the young people in Granard is so Granard,” he laughed, pointing out that the same went for the other three schools.

There were cheers, laughs and shouts as the audience were treated to short clips from the four shows and the general feeling was that every student enjoyed being part of the show, whether in front of or behind the camera.

Before some of the talented students who were featured in Banta Central took to the stage for some unforgettable performances, Chief Executive of LWETB, Dr Christy Duffy,said, “The most important thing is that all of you involved in it really enjoyed it.”

Telling the students that they should be extremely proud of their work, Dr Duffy went on to conclude, “I think this programme really is a model of how to work with each other and learn from each other.”