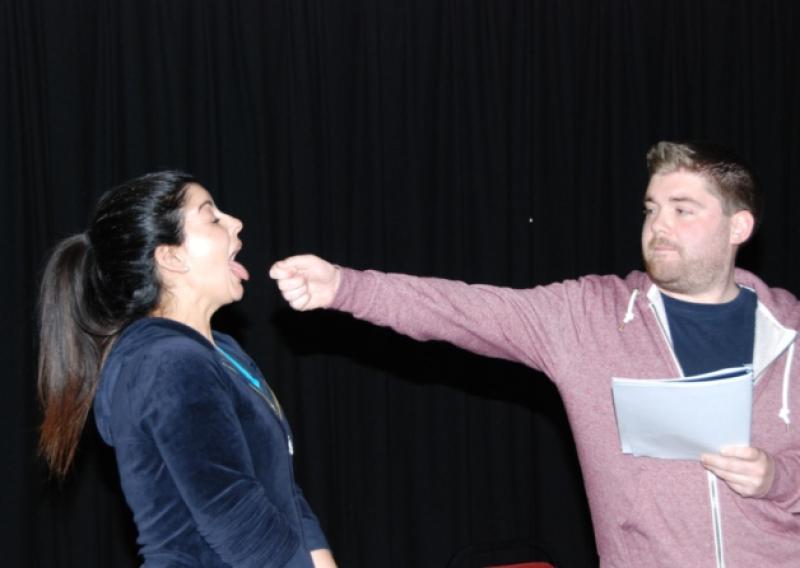 On October 17 and 18, Longford’s Backstage Theatre Group promised two excellent nights of theatre, and they did not disappoint.

On October 17 and 18, Longford’s Backstage Theatre Group promised two excellent nights of theatre, and they did not disappoint.

The show opened with Bruce Adam’s ‘Mary Mary’, directed by Pat Joe McLoughlin. A light-hearted start to the night, the show centred on Terry Wilson and his mother Mary. Mary invites a colleague of Terry’s (named Mary) for dinner, in the hopes of setting her up with Terry. However, Terry brings home an inebriated woman (also called Mary) and confusion and hilarity ensue.

Each of the actors played their parts perfectly, but it was Mary Killane’s Mary Wilson that had the audience in stitches with her other-worldly communications and her hilarious and inappropriate misuse of several words.

The Declan Donohoe-directed ‘Guests Of The Nation’ was presented next, based on the short story written by Frank O’Connor and adapted by Gary Wall.

Telling the story of the friendship between two British soldiers and their IRA captors during the Irish War of Independence, ‘Guests Of The Nation’ truly was a stunning piece of theatre. While there were plenty of laughs throughout the show, the poignant ending drew many audience members to tears. Jim Davey was flawless in his portrayal of the outspoken British soldier Hawkins, and he was well matched by Tomas Lyons as the quiet, reserved Belcher. A strong cast overall, Emmet Masterson also gave a great performance as Noble, one of the IRA captors.

Last on the night, but certainly not least, was Eoin Colfer’s ‘Holy Mary’, directed by Christine O’Brien, and adapted, with permission, to include a cast of six.

Focusing on little Mary as she prepares to make her First Holy Communion, this heart-warming and hilarious play was the perfect way to end an excellent evening of entertainment.

Yet again, another very strong cast took to the stage; James Duignan and Niamh Quinn as Noely and Majella respectively, took to their roles with enthusiasm, drawing several laughs from the audience. There is no doubt, however, that Bernadette McGarvey stole the show. Performing as the endearing and innocent Mary, Bernadette’s stage presence and perfect timing brought this loveable character to life.

All in all, Backstage Theatre Group can be very proud of their performance. An extremely talented cast list made it very difficult to determine the newcomers from the seasoned performers. Credit must go too to all who worked backstage, in everything from costume and make-up to lights, sound and sets, every element came together to create a very enjoyable night of theatre.