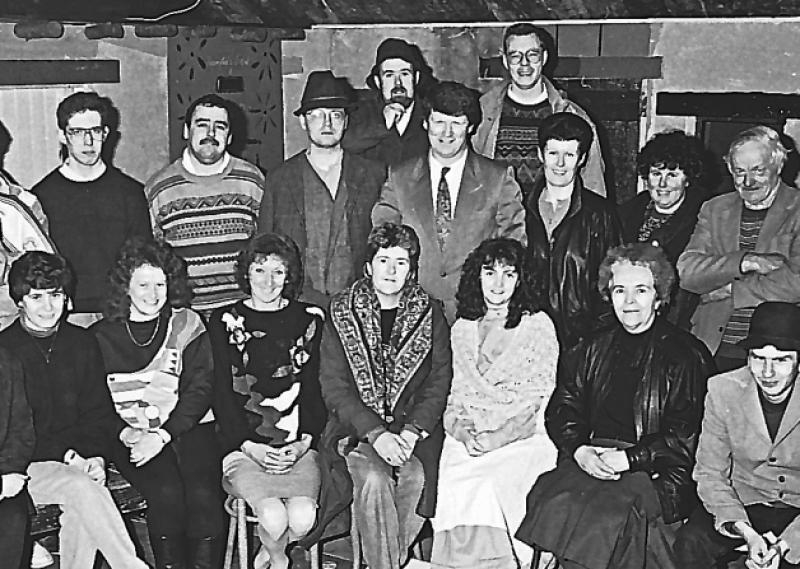 Celebrations are underway to mark the 25th anniversary of Ballymahon’s Bog Lane Theatre.

Celebrations are underway to mark the 25th anniversary of Ballymahon’s Bog Lane Theatre.

The next celebration takes place on Saturday, January 18 when the theatre opens to welcome the many people who have been involved with the theatre or drama group over the years.

Chairperson Michele Doran explains that more than 100 people have been contacted for the party.

With members past and present of all ages expected to attend, many memories are sure to be recalled on the night, as they come together to share in the celebrations of their common link – the Bog Lane Theatre.

Speaking from her own experience, Michele has many memories of her time with the theatre, including breaking a finger onstage!

In the run up to the party, the chairperson also shares a humorous story involving a past member of the group.

One lady remembered doing the sound for the one-acts when the theatre first opened in 1988. She was given a set of earphones for the job, but she ended up being the only one to hear a thing.

Though a lot of pieces from the past were saved in the archives of the Bog Lane Theatre, many of those were destroyed by a fire in the building some years back.

Regardless, there is great excitement in the run up to the event. One of the group members has even prepared a collage of videos of productions run throughout the years. “It’ll be very interesting” Michele says, commending all those who have volunteered and carried out “trojan work” with and for the theatre over the 25 years.