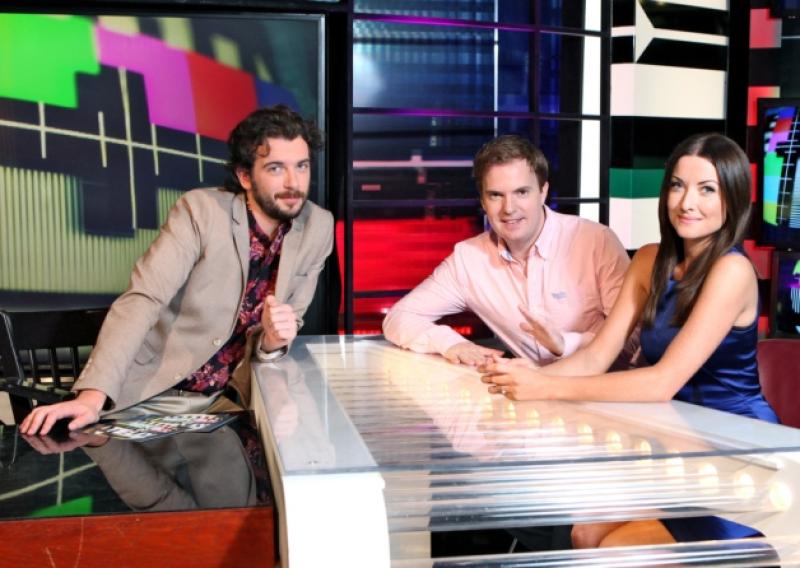 Kevin McGahern is a man on the crest of a wave right now.

Kevin McGahern is a man on the crest of a wave right now.

A rising star on the Irish comedy circuit the Gowna native, on Monday night, starred in his second appearance as the lead presenter in RTE’s Republic of Telly.

For most, the sheer thought of fronting one of the State broadcaster’s most popular and widely viewed programmes would be too much to handle.

Not for the discerning but quietly confident 26-year-old however. Far from it in fact.

“Not really, no,” was his straight reply to whether he still harboured any lingering nerves. “It’s actually a bit of a relief to get the first couple of shows over with.”

Back in August, the Leader revealed how Montrose bosses had selected McGahern to head up the show’s fifth season alongside Bernard O’Shea and Jennifer Maguire.

A step into the unknown it may have been, but the relative ease at which the former Cnoc Mhuire student has slotted into the role has already created a favourable impression.

“It’s all gone very smoothly so far. On the first night, we actually finished early and didn’t have to do many re-shoots,” he pointedly remarked.

Then, in typically buoyant fashion, came the quip: “Sure, being silly in front of a camera and getting paid for it isn’t the worst job in the world is it?”

Certainly not if you can afford to stop out late and take Mondays as regular “sleep in days” which is where the affable presenter fielded a call from the Leader this week.

The rest of the week though is work, work and more work.

Yet for all his relative inexperience when it comes to TV, McGahern has been surprised by the reaction his new found fame has generated.

“It will take people a while to adjust to a new host for sure,” he modestly put it.

“But after the show the other night I got chatting to some of the audience and from what they said I think they have accepted me as their leader, a bit like the Pope I suppose you could say.”

Mischevious comments like that have always formed part of McGahern’s character. Back home in Gowna, his parents Una and Sean have watched on with pride as has most of the lakeside locality.

Indeed, he has already received plenty of ‘fair play P’ salutes from friends, an informal euphemism that has become a regular turn of phrase amongst locals.

They are messages, you get the feeling, he appreciates deeply.

As for the future, that is anyone’s guess.

“Hollywood? Yeah that’s the idea... but let’s get Dublin out of the way first shall we?”