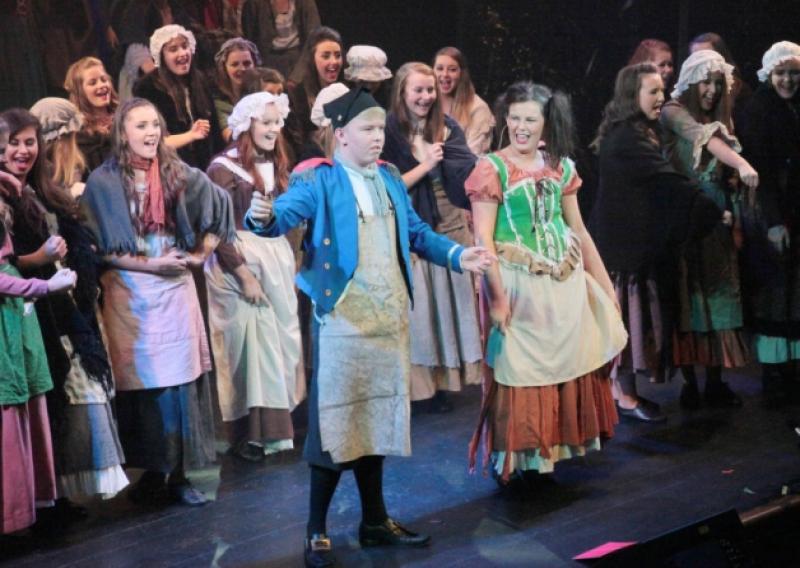 Longford’s got talent - and plenty of it.

Longford’s got talent - and plenty of it.

For proof of this fact, one need look no further than the students of Evolution Stage School and their 2013 show ‘Dancing in the Street’.

The students - ranging in age from just 4 years old up to 17 - took to the stage night after night with an infectious enthusiasm, amazing their audiences with their incredible talents.

The show was a culmination of a year’s hard work, and it paid off. Watching the students perform, it was easy to forget that they are, in fact, just children - such was the level of professionalism.

The show consisted of a number of medleys, musicals and dances, keeping the audience entertained from start to finish. From traditional songs to motown to pop, the students covered each genre effortlessly, while performances from the likes of Les Miserables, Sister Act and Matilda rivalled those of any Broadway or West End cast.

The audiences also got a special treat in the form of Celtic Chique, who performed songs from their album, which is to be launched this December.

Teachers Paul Hennessy and Tracey Carty played their part in the show, leading the students in song and dance. Tracey admitted that she was nervous about her first performance with the students. However, the nerves proved unnecessary after a flawless performance with her newly-established tap class.

Speaking to the Leader after a standing ovation brought the show to a close, Paul explained “I just feel proud all the time”, a sentiment with which Tracey agreed. both praising their students for the hard work put into the show. “We have fun in the classes” Paul added, and though the cheerful smiles on stage said it all, he confirmed “it’s just a fun school to be in”.