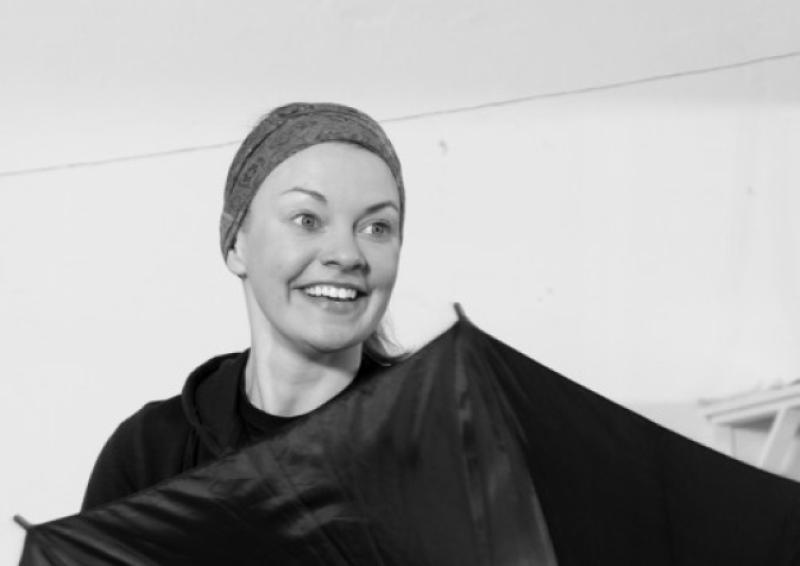 Next weekend will see Livin Dred Theatre Company bring their production of ‘The Bridge Below the Town’ to Longford’s Backstage Theatre. It’s the latest collaboration between Pat McCabe and Padraic McIntyre, and is based on McCabe’s novel ‘The Stray Sod Country’.

Next weekend will see Livin Dred Theatre Company bring their production of ‘The Bridge Below the Town’ to Longford’s Backstage Theatre. It’s the latest collaboration between Pat McCabe and Padraic McIntyre, and is based on McCabe’s novel ‘The Stray Sod Country’.

The play will feature local actress Lorna Quinn, who became a household name when she played the part of Lucy in one of the most dramatic plotlines in RTÉ’s ‘Fair City’ last year. “At the moment I’m enjoying my return to theatre with ‘Bedroom Farce’ at the Gate Theatre, and now with The Bridge Below the Town,” she says. “I would love to do more TV – we’ll just have to wait and see.”

After returning to the stage, Lorna has noted the differences between acting for camera and performing in front of a live audience. “It’s a lot more contained and intimate for the camera, whereas stage requires a more expressive and theatrical approach,” she explains.

Speaking about The Bridge Below the Town, Lorna gives some insight into the story: “The play takes place in the wee hours of the morning. The main character, Golly Murray, can’t sleep and she goes to the kitchen to look for her medication. What happens to her can only be described as an almost out-of-body experience. Her imagination takes her on a journey where she encounters many colourful and larger-than-life characters. There is such an array of unique and diverse personalities throughout this play I think audience members will be able to relate to, or at least recognise, some of the characters.”

Lorna herself plays several roles throughout the course of the play. “I play the characters of local woman Fiona Bunn, Hope Farleigh Warburton, who is a writer, and Mrs Boo, an unassuming, nasty piece of work,” she reveals.

Appearing alongside Lorna on stage are several familiar names, including Catherine Walsh, Gina Moxley, Janet Moran, Malcolm Adams and Damien Devaney, and the actress describes them as “a joy” to work with. “It’s been lovely getting to know the cast throughout rehearsals and over a cuppa during breaks,” she admits. “It has also been an enjoyable rehearsal process with our director, Padraic McIntyre at the helm. He has guided us each day with his absolute focus, commitment and creative brilliance.”

The Bridge Below the Town marks Lorna’s first appearance at the Backstage Theatre in four years. “I last appeared at Backstage when I played the role of Jane in ‘Jane Eyre’ with City Theatre Company in 2008,” she says. “I am so delighted to be returning home to perform in Longford. It’s been a fantastic experience working with Livin Dred. I have followed their work since graduating from actor training, and I have always had ambitions to work with this company. Not only are they renowned for their award-winning productions, but they are also leading the way in bringing theatre from the Midlands to nationwide audiences. It’s extra special for me to be returning home with this company to perform at the Backstage Theatre.”

The Bridge Below the Town will be performed at the Backstage Theatre on Friday and Saturday, April 12 and 13 at 8.30pm. Tickets are €18/€16 and are available from the theatre box office on 043 3347888, www.backstage.ie, and Farrell & Coy in Longford town.