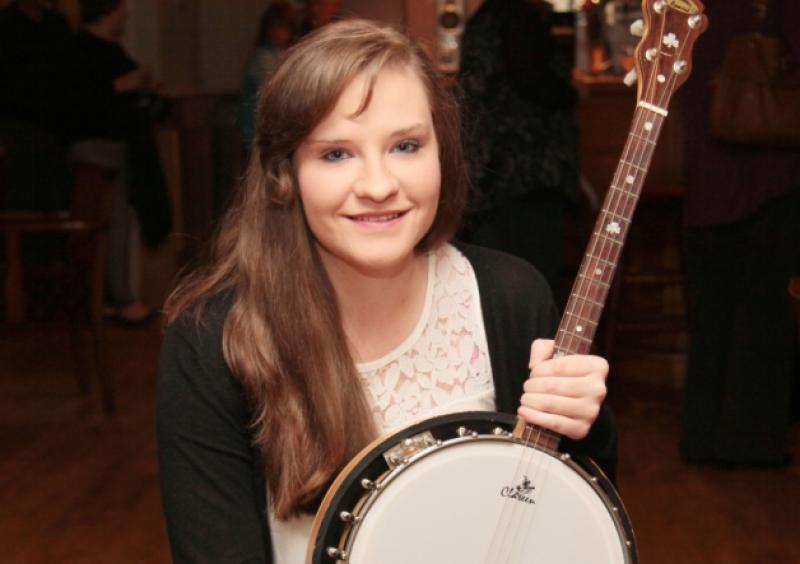 County Longford Scór is aiming to bring the competition back to the fore when it comes to talent contests in the county.

County Longford Scór is aiming to bring the competition back to the fore when it comes to talent contests in the county.

Longford Scór Chairperson, Pauline Flood, admitted that the organisation has to make up ground.

“There are so many activities taking place, which focus on modern styles of dancing and singing, so people have been veering away from traditional styles,” she admitted. “There’s also School Scór which caters for under-17s, but which doesn’t come under our remit.”

On a positive note, though, there is a large pool of talent waiting to be tapped into.

“There’s an awful lot of music, and song and dance in County Longford,” she asserted. “We’re asking local GAA clubs to put more emphasis on Scór and on the talent they at their disposal.”

Scór has also expanded its range of categories in recent years to attract newcomers, with Sean Nós dancing being one example.

“The popularity of set dancing and figure dancing has declined, but we’ve introduced Sean Nós dancing to expand the range of eligible styles, she continued.

One entry from any singing, dancing or drama category, along with a quiz team, is all a club needs to be eligible for competition, with quizzes being one aspect of Scór which is blossoming at present.

“It’s very popular and is held on a separate night to the other competitions,” Pauline explained. “After the county competition the winning team progresses straight to the All-Ireland Final as well.”

Pauline went on to say that local Scór talent has featured prominently on television in recent years, too.

“There’s been local involvement on Scór Encore on TG4 for the past few years, with many of our competitors progressing well in the heats.”

Asked what participants gain from Scór, Pauline said: “There’s a great sense of accomplishment and achievement, and there’s fantastic comradeship, too.”

Liam Butler, (Legan GAA) won numerous all Ireland recitation titles in Scór over the years and he now travels to Fairs and Fleadhs where he performs his recitations to large crowds and has been known to win titles in street entertainment.

Vanessa Flood (Wolfe Tones GAA) participated in a wide range of Scór competitions over the years and won many titles. From this she went on the get a degree in performing Arts, allowing her to act, direct, teach and produce dramas. She holds workshops for Drama for children and adults alike. She also teaches Bodhrán and plays the Harp and writes and recites poetry.

Elaine Reilly (Ballymore GAA), is an All-Ireland Fleadh Cheoil champion Banjo and Mandolin player. She has recently returned from a Comhaltas tour, of Ireland, England and the USA. Elaine teaches music in her spare time and also plays for Irish Dancing groups in the county.

Nathan Brady (Colmcille GAA) also has a lot of titles to his name at a relatively young age. Last year he sang on Scór Encore on TG4 where he reached the final rounds. Later he performed on Miriam O’Callaghan’s Saturday Night Show with a group of students from Coláiste Lurgan where he was the front man.

Maeve Donnelly (Wolfe Tones GAA) is an avid Scór participant. Winning many titles in Set Dancing, Sean nós dancing and recitations down through the years, she is also a fine tin Whistle, Drum and Bodhrán player, Maeve tutors children in all of these instruments and loves the challenge. She is now promoting Scór in the region. Maeve also represented Longford on the Gig Jig on TV where she excelled in her sean nós dance steps.

Justin Maguire (Carrick Sarsfields GAA) is a champion dancer that has been snatched up by recognised troupes for tours. Justin represented Longford in The longford town ensemble that travelled to France for the town twinning in Normandy. He also danced on the gig jig on RTE and got 3rd place in the All Ireland schools talent search on TG4 two years ago. He has a fine repertoire built up at such an early age.

Longford has a long standing tradition in both Scór na nÓg and Scór Sinsir with clubs such as Killoe Óg, St Patrick’s and St Vincent’s winning Leinster and All Ireland Scór titles in recent years.

It is now hoped that both “new” and “lapsed” clubs will take part in this year’s competition to encourage the arts in their communities and to provide young people with an outlet for their talents.