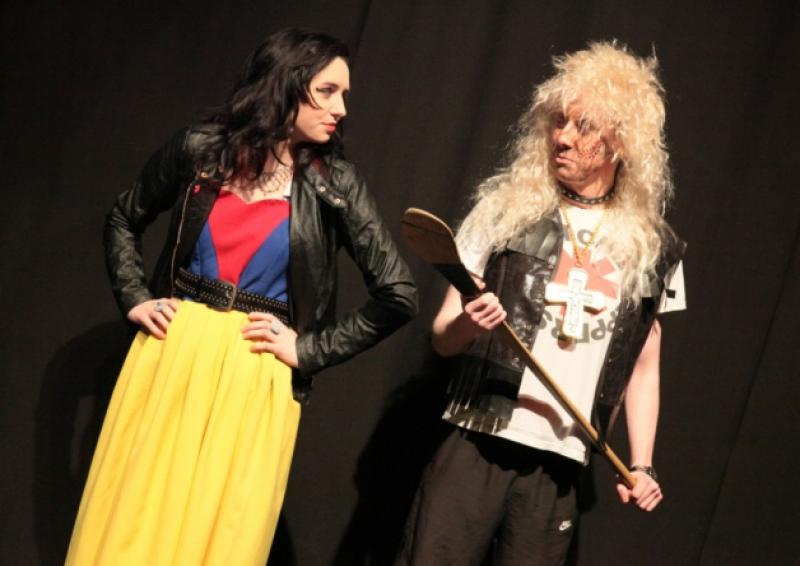 Panto season is getting a headstart this weekend, as Backstage Youth Theatre invite members of the public to join them for the official launch of tickets for the 2015 production, ‘Robin Hood’.

Panto season is getting a headstart this weekend, as Backstage Youth Theatre invite members of the public to join them for the official launch of tickets for the 2015 production, ‘Robin Hood’.

This Saturday, November 1, the Backstage Theatre will open its doors from 1pm to 3pm, where BYT will host a fun-filled afternoon for Panto fans.

This year marks the BYT’s fifth Panto, with a huge cast of 29 taking to the stage in what promises to be yet another amazing show - with many surprises in store for the audience!

Speaking to the Leader, Chairperson of BYT, Paul Higgins explained that as the years have gone by, the group has become more organised, and with work continuing through the summer months this year, BYT were in a position to celebrate.

Giving a few exclusives into this year’s show, Paul revealed that rehearsals are already three weeks in. According to the Chairperson, ‘Robin Hood’ promises “some surprises, lots of laughs, lots of screaming, bad guys, good guys, romance and terror”.

The annual show continues to be a hugely popular event in the county’s calendar, and there’s no doubt that that trend is set to continue, with a ‘well-designed’ script, along with a large, dedicated team of BYT members who will look after every aspect of the show; from writing the script and performing right up to set, costumes, sound, make up and lights.

On Saturday, the Backstage Theatre Box Office will open especially for the occasion. Every family who buys a family ticket at the Box Office will be given a ‘Golden Ticket’, which will entitle them to a prize when they see the Panto in January. Each Golden Ticket holder will also be entered into a draw for an extra special prize!

With face-painting, music and treats on offer this Saturday, it’s an event not to be missed, and rumour has it a few Panto characters - past and present - may make an appearance!

‘Robin Hood’ will run for six shows at the Backstage Theatre in January 2015.