Crowds flock to Marquee in Drumlish 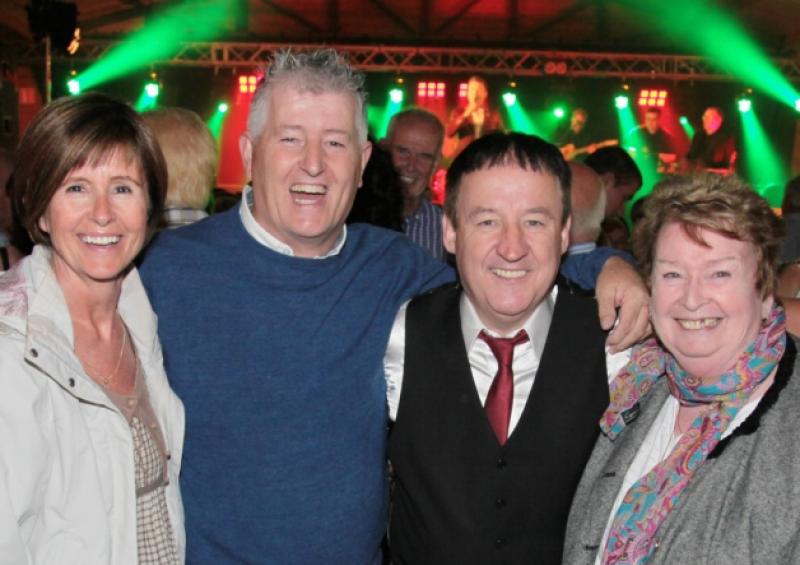 All roads led to North Longford last weekend as the area played host to one of the county’s most popular music events, The Marquee in Drumlish Festival.

All roads led to North Longford last weekend as the area played host to one of the county’s most popular music events, The Marquee in Drumlish Festival.

Featuring a stellar line-up with some of the country’s top acts, there was something to suit all musical tastes over the course of the festival’s four nights.

“We’re very happy; there was a tremendous turn-out,” said Packie Duffy, Chairman of the festival’s organising committee. “It looks like we had around 5,000 or 6,000 people through the doors over the weekend.”

One of the high points for many of the revellers was the appearance of Irish country music star Nathan Carter, who played a headline set at the marquee on Saturday night.

“It was a fantastic show, and Johnny Brady had the place rocking beforehand, too,” Mr Duffy continued. “We had a full house for it, and we even ended up having to turn people away.”

But that wasn’t the only highlight, as the crowds also turned out in force for the other acts playing at the Marquee in Drumlish across the four nights from Friday, August 15, to Monday, August 18.

“We had a serious crowd for Damien Dempsey, Mundy, and The Aftermath,” Mr Duffy explained. “And Poroma, a group of local lads starting out, drew a great response, too.

This year saw the Marquee in Drumlish Festival extended to include a fourth night, with none other than local music hero Declan Nerney topping the bill for a special concert to celebrate 25 years on the road.

“Declan always puts on a great show, and this one was extra special as he had several special guests joining him on stage to help him celebrate: Mick Flavin, Margo, Michael English, Jimmy Buckley, and Gerry Guthrie, ” Mr Duffy added.

And while the music events at the marquee were the centre point of the weekend, the festival had plenty more to offer.

“We had monster bingo at the ‘98 Hall in Ballinamuck, and a Family Fun Day at the Monaduff GAA Grounds, which had plenty of activities for all who attended,” Mr Duffy told the Longford Leader, clearly satisfied.

“The festival passed off without any problems and there was no trouble,” he concluded. “It was a great weekend for all involved and we’re looking forward to next year now.”