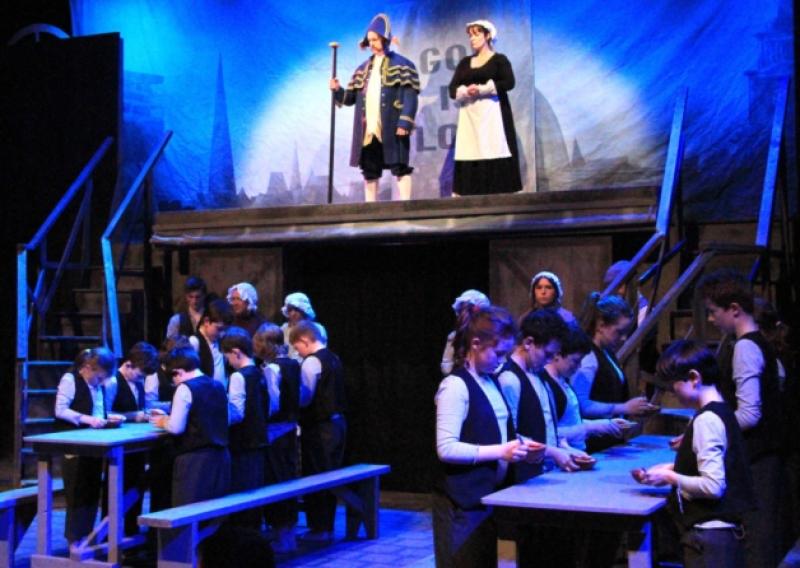 Having secured an astounding five nominations for the annual AIMS Awards, members of St Mel’s Musical Society will be ‘flying the flag for Longford’ this weekend in Killarney.

Having secured an astounding five nominations for the annual AIMS Awards, members of St Mel’s Musical Society will be ‘flying the flag for Longford’ this weekend in Killarney.

Speaking to the Leader about the AIMS (Association of Irish Musical Societies) Awards, Chairperson of St Mel’s Musical Society, June Belton stated that approximately twenty members are going to Killarney for the weekend.

Giving a brief description of the event, June explains that it lasts for the whole weekend, beginning with a dinner on Friday night. The winners of the awards will be announced at the AIMS Awards Banquet in the INEC Gleneagle Hotel on Saturday night, attended by over 1,000 guests. On Saturday afternoon, there is a barbeque while the weekend is rounded off with brunch on Sunday before the musical societies go their separate ways for another year.

The five nominations received (Best Director, Best Technical, Best Programme, Best Chorus and Best Overall Show) are well deserved for the society, who performed nine successful shows in April. Thrilled with the society’s success, June adds that the praise of the local audience was a highlight for the group.

“It’s the local people we want to please, the icing on the cake is to get recognition from our peers in AIMS.”

Referencing the nominations, June praises the cast, saying; “they really put in 110% and pulled out all the stops”.

Mentioning Director Paul Norton, Programme Editor and Society PRO Padraic O’Brien, Musical Director/Chorus Master Fintan Farrelly and Choreographer Emer O’Brien for their incredible work throughout the process, June also adds her praise to Robert Belton and Eddie Kiernan for their work on the technical aspect of the show.

Stating that the group are all excited for the weekend ahead, June adds a final word of thanks to the society’s sponsors, concluding; “without them we wouldn’t be able to put on a show, they always come up trumps”.