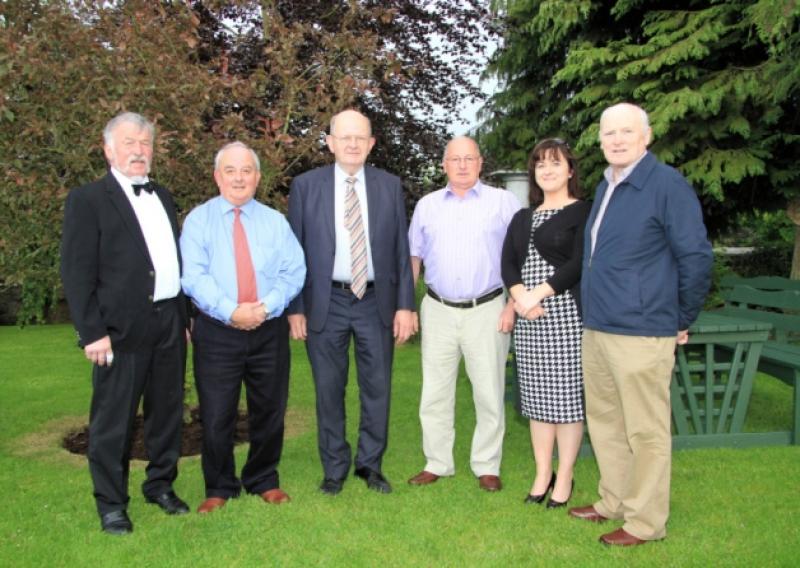 Opened on Friday, May 30, the 30th annual Goldsmith International Literary Festival was a huge success, drawing great crowds throughout the weekend.

Opened on Friday, May 30, the 30th annual Goldsmith International Literary Festival was a huge success, drawing great crowds throughout the weekend.

“We were delighted to see so many old friends and welcome new ones,” says Festival Committee member Anne Tully. “It went very well.”

The event ki cked off with a launch in Abbeyshrule, where Professor Andrew Carpenter, Emeritus Professor of English at UCD and an old friend of the festival’s, performed the official opening. This was followed by a ‘very lively’ presentation by Larry McCluskey and Art Agnew and a panel discussion before proceedings were brought to a close with musical entertainment.

Saturday saw a group gather to take part in the Goldsmith Literary tour, beginning in Ballymahon. That afternoon, Dr Fergus O Ferrall and Noel Monahan gave excellent talks related to the festival’s theme of “A Sense of Place, Pallas, Inniskeen, Mossbawn. The Importance and Significance of birthplace in influencing the works of Goldsmith, Kavanagh and Heaney”.

The Goldsmith Barbecue and musical entertainment by the Inny Singers rounded up the day’s events.

The final event saw participants return to Goldsmith’s birthplace, Pallas, with the results of the poetry competitions, adjudicated by Noel Monahan. Joe and Chris Farrell once again hosted their cheese and wine reception for the occasion.

Winners from the competitions read at the event, along with a valued friend of the festival’s, Des Egan, who read at the inaugural event in Pallas thirty years ago. Gerry Bohan and friends were on hand to put an end to yet another successful festival.

“It all went great,” Anne happily reports, adding that it won’t be long until preparations for next year’s event will begin.

“We’d like to thank all our supporters,” Anne states, extending thanks in particular to Anthony O’Hehir transport and Ballymahon Credit Union.

With the successful weekend complete for another year, attention will now turn to the Longford Leader’s poetry competition, held in conjunction with the festival. Writers are invited to submit satirical or comedy poems, no more than 300 words in length. Poems can be written in any form, but must be original and must not have been published previously. The deadline is Tuesday, June 17 and poems and contact details can be sent to Aoife Carberry at aoife.carberry@jpress.co.uk or by post.