Longford producer named as one of State’s faces of 2014 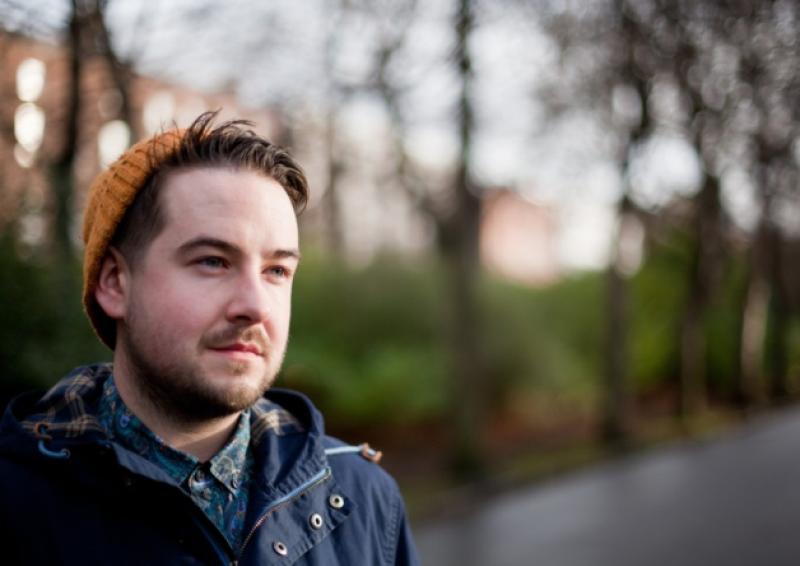 Longford native James Brady has been named by State magazine as one of the people to listen out for in 2014.

Longford native James Brady has been named by State magazine as one of the people to listen out for in 2014.

Originally from Rhyne, Killoe, James aka Talkboy, has been making waves on the music scene both at home and abroad, having recently received acclaimed reviews from both State and Irish music blogger Nialler9.

While he is currently gigging in nightclubs around Dublin, his interest in music began in a shed in Killoe; “I started dabbling in home recordings in my Dad’s shed with my old band ‘San Diago’ back about 5 years ago. It was very much beginner stuff and looking back on it now it’s funny more than anything. However, it was a good starting place and definitely helped me decide that producing was something I wanted to be involved in for the rest of my life.”

A student of Windmill Lane studios, James was inspired by those around him and it was here his musical direction took a different turn. “I swapped the guitar for the laptop when I heard some of the music my classmates in Windmill Lane were making. I was fortunate enough to end up in a class with very talented lads, such as Lumigraph, M. Buckley and Ghosts. All these guys have put out or are in the process of putting out physical records with well-known labels and they have been a big driving force behind my work.”

Since this initial interest was ignited he has progressed even deeper into the electronic music scene, evolving his own style the more he experiments. James broke onto the scene alongside Drumlish man, Emmett Collum under the name RZR – FDR. They released an EP which was really well received at the time; “Retail was our first self-release back in February of last year. Yeah we got a little attention here in Ireland but we got two really nice breaks across both sides of the water with it in the U.K. and the U.S. Fhinq Music, which is a very popular electronic music YouTube channel in the UK, heard our track ‘Maybe’ and posted it up. It got like 5,000 views in a week and it was something that we never thought would happen for us. The second was a follow on from that where a collective in the U.S. saw Fhinq’s post and asked us to put forward a track for a compilation that got released over there. So that got us lots of followers and really was a big thing for us at the time.”

Despite this initial success, RZR-FDR disbanded as Emmett now lives in New York, a decision that was not taken lightly by James; “It was a difficult decision but one that had to be made. To be taken seriously by record labels, the act has to be a unit and with the two of us living in different cities 3,000 miles apart, this would not work in our favour. The goal is to get on a label for a record release and we knew we had to take this step to help this happen.”

“Emmett and I are the best of friends and have been since the day I asked him to bring his drum kit to my shed and become our drummer back when we were 18. Since then we’ve lived together, played in a band all over the country, played in Manhattan and even marked each other on the football pitch. Emmett is the first person I send my demos to still and will always be heavily involved in my life. At this point in any interview I am legally obliged to remind everyone that Emmett was the captain of the St. Vincent’s Minor Team that won the Harte Cup in 2007......Never Forget.”

Now operating under the pseudonym “Talkboy”, James has moved on from the ambience of RZR-FDR and is heavily influenced by house, deep house and believe it or not, disco.

He has just released an EP with Madrid based producer Arenas notwithstanding the fact they have never met. “Jorge mailed me over Soundcloud after hearing the ‘Retail’ EP and asked if I was interested in collaborating with him. I had never heard any of his music he makes under the name ‘ARENAS’ because he was from Madrid. I listened to his stuff and was blown away by how good it was. I was a bit intimidated at first to be honest because he was so good and I was only starting out but I knew it would bring me on as a producer if I took this opportunity.”

Undeterred by the tiny detail that they lived in different countries, they completed the project which apparently isn’t as difficult as one might expect; “It was actually a very refreshing process. I really enjoyed it and we plan to do more but in person this time.”

“One of us would start off an idea and send it to the other to expand on. That process would repeat back and forward until the tune was finished. Sometime if the two of us were both available online we could get a large chunk of a tune done in a day. Other times due to other work commitments it could take weeks. We worked on it from March to October last year.” The end result is a four track EP titled ‘Arenas x Talkboy’.

While he has a number of EP’s under his belt, he reminisces that his most memorable moment to date involves strippers in New York; “The greatest experience so far has been getting the chance to play a debut gig in Manhattan in New York last summer. Never in all my day dreams did I see myself playing a gig in between stripper poles on a stage in a burlesque bar with one of my friends in front of a load of my friends and foreign strangers in one of the biggest cities in the world. It happened and I’ll never forget it.”

He may be pegged as one of the faces of 2014 but his musical aspirations lay beyond that; “I would just love to be involved in Music for as long as possible. I imagine it would be nice in 20 years to look back and maybe have a record on the wall, have travelled with music and have a few pictures from playing at festivals. I think that would make it all worthwhile for me”.

Talkboy will appear in the Lost Society on Saturday, January 25 and will then a play a live set in The Mercantile on Saturday, February 8 as part of State’s ‘Faces of 2014’ events.