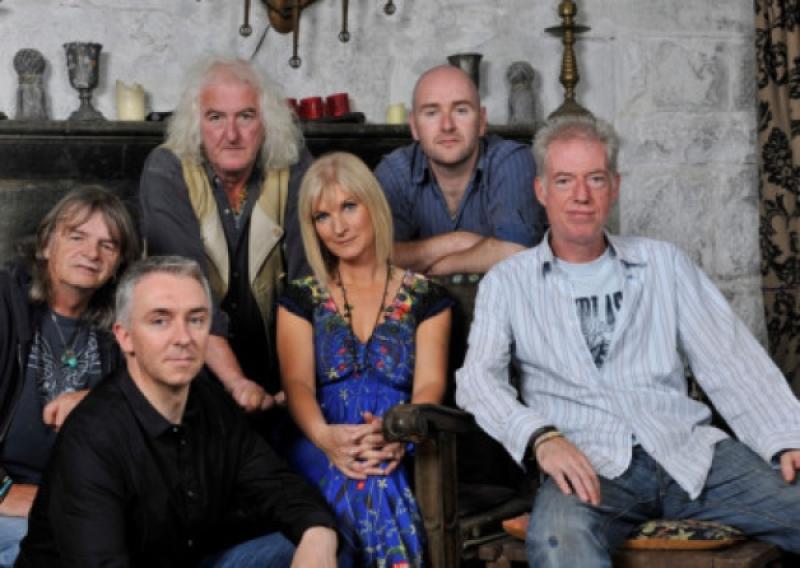 Legendary Irish trad group, De Dannan have announced they will be appearing at Ballinagh Community Centre next Friday, April 19, for a special concert in aid of Cystic Fibrosis.

Legendary Irish trad group, De Dannan have announced they will be appearing at Ballinagh Community Centre next Friday, April 19, for a special concert in aid of Cystic Fibrosis.

The group’s founding members Alec Finn and Johnny ‘Ringo’ McDonagh will be joined by Eleanor McEvoy, Mick Conneely, Derek Hickey and Brian McGrath for an evening of vibrant instrumental fireworks, and all the classic songs that have made De Dannan a household name. Their distinctive style and approach have been the cornerstone of traditional Irish music for more than two decades.

Since 1975 the band has recorded 14 albums, including ‘Anthem’, ‘Star Spangled Molly’ and ‘The Mist Covered Mountain’, and have achieved chart success, with many of their recordings achieving gold and platinum status. Famous for their cross-cultural experiments, De Dannan have recorded traditional Irish versions of The Beatles’ ‘Hey Jude’ and Handel’s ‘The Arrival of the Queen of Sheba’ – which they called ‘The Arrival of the Queen of Sheba to Galway’ – and also recorded Jewish Klezmer music with Andy Statman, as well as releasing ‘Half Set in Harlem’, a record featuring American gospel singing.

This will certainly be a rare opportunity to catch one of the great Irish trad groups in an intimate setting. Tickets for the concert are €20 and are available from Multisound in Cavan and from usual sources.