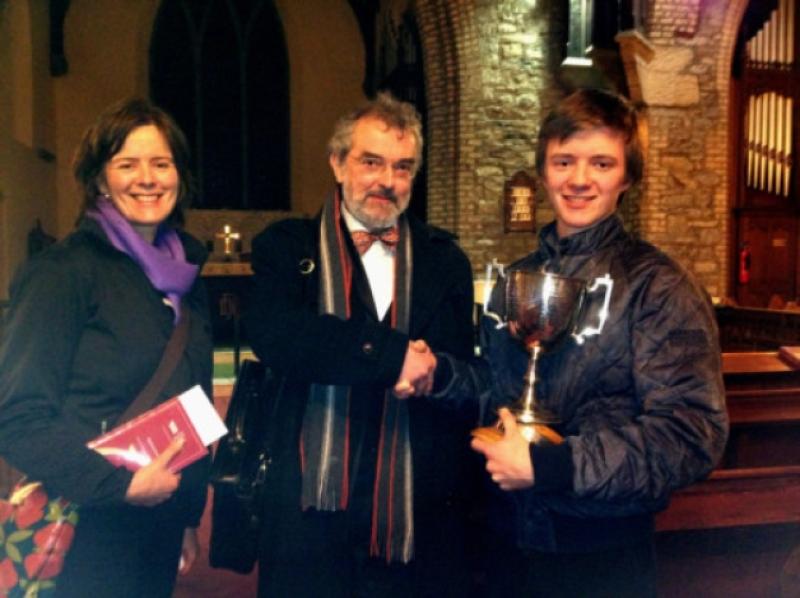 Award-winning pianist Peter Regan will be giving a concert along with internationally acclaimed concert pianist John O’Connor and violinist Phoebe White in St John’s Church Battery Road, Longford on Friday May 24th at 8pm in what certainly promises to be a very entertaining event.

Award-winning pianist Peter Regan will be giving a concert along with internationally acclaimed concert pianist John O’Connor and violinist Phoebe White in St John’s Church Battery Road, Longford on Friday May 24th at 8pm in what certainly promises to be a very entertaining event.

John O’Connor, world renowned pianist and Ireland’s greatest, has performed with many of the world’s leading orchestras in venues such as Carnegie Hall and the Lincoln Centre, New York, the Muisikverein in Vienna and the Southbank Centre and Wigmore Hall in London.

Seventeen-year-old Peter Regan of Rockwood, Lanesborough, has made an impression on audiences and experts across the country. He has won many national prizes including trophies at Electric Ireland Feis Ceoil such as the Dr JJ O’Reilly Cup, the Under 17 Piano Solo Cup and this year’s Huban Cup and Patrick Brennan Memorial Award, as well as many first prizes at other national music festivals and at the Royal Irish Academy of Music. He also won the Rhoda Coghill Cup this year at Electric Ireland Feis Ceoil as part of a duo with talented violinist Phoebe White.

Peter has studied in masterclass with the world’s most famous teachers and performers including Pavel Nersessian, Christopher Elton, Evelyne Brancart, Finghin Collins and Jue Wang. Ian Jones, a Steinway artist and professor at London’s Royal College of Music described him as a “most promising young musician” and Dr Dorian Leljak, president of the World Piano Teachers Association described him as a “fine talent”. For an exciting finale to his concert season this year, Peter has accepted a place at the prestigious Aspen Music Festival School in America where he will study intensively for two months.

In 2010 he was chosen to perform in the Schola Cantorum 40th anniversary concert at NUI Maynooth to an audience including President Mary McAlesse. He is now a student of the world renowned artist John O’Connor and his assistant Alexander Bernstein (also an international prize winner) at the Royal Irish Academy of Music. Not only an accomplished pianist, Peter is also adept at the violin.

As a member of the Young European Strings Chamber Orchestra he toured Budapest, played on their album “Third Edition” and as spokesperson of the orchestra, successfully invited President Michael D Higgins to become patron of the orchestra.