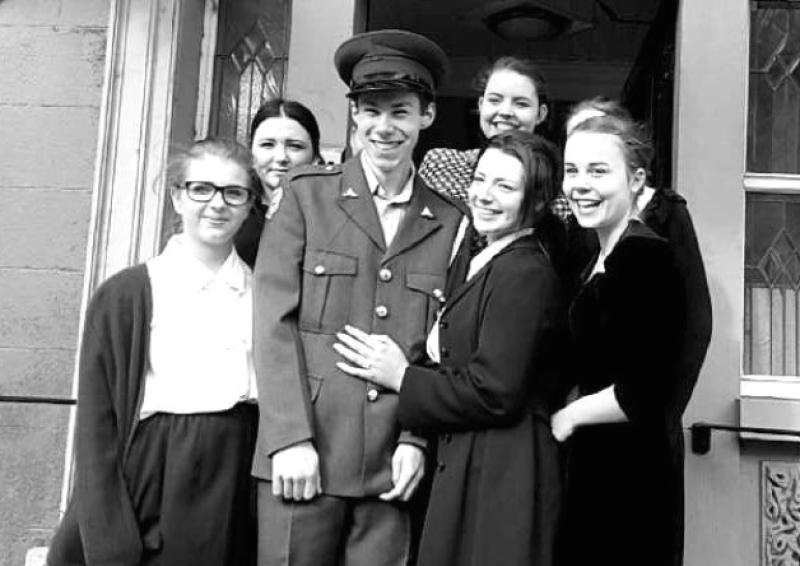 Tomorrow, Thursday, December 11 Ardscoil Phádraig will host the premiere of ‘Lov’in Granard’, a film made by students of the school.

Tomorrow, Thursday, December 11 Ardscoil Phádraig will host the premiere of ‘Lov’in Granard’, a film made by students of the school.

Made as part of the recent Granard Town Business and Sports Expo, celebrated after Granard was awarded the name of an ‘Enterprise Town’, teacher Mary Cooney explains how the film came about.

“The idea came to being after Miss Teresa Donohoe, Manager of the Bank of Ireland, Granard approached our school inviting us to contribute something that would highlight Granard for the Expo and also emphasise student input,” Ms Cooney said.

Approximately 32 students from second to sixth year in the school jumped at the chance to get involved, and they came up with the idea of a short film.

“As Shane Crossan is School Completion Officer for the Longford School Completion Programme he has worked in the school on a regular basis, and we knew his background was in film-making,” Ms Cooney continued. Shane helped the students plan, script, act in and produce the film.

After brainstorming for ideas, and with the task of promoting local business and sport, the students eventually decided on creating a dream scenario.

“We thrashed this out and we came up with the idea of a dream, because anything can happen in a dream - you can go back to the past or project to the future,” Ms Cooney continued.

Detailing Granard’s rich history, while also paying tribute to the town’s culture, businesses and people, the story starts with a student in history class. Ms Cooney explained, “Her mind drifts off when she hears about the love story between Kitty Kiernan and Michael Collins.”

A great night of entertainment is promised for the premiere. The school have invited local businesses to view the film, along with an extra special guest, Ms Margot Gearty, a niece of Kitty Kiernan. The students who took part in the film will also be presented with a certificate of achievement for their involvement.

“There will be music at the interval by Ms McCarthy and her Glee Club, so we look forward to songs from [them] and we have invited Lal Lee, who is a local singer/songwriter, and it’s his song, ‘Take me back to Granard’ which is used in the film,” Ms Cooney continued. The film will be on sale for €7 on the night, with some never before seen footage.

Revealing that the film had gone down extremely well at the Expo, Ms Cooney concluded by extending her thanks to those who helped in any way with the film, including Shane Crossan, Teresa Donohoe, the local businesses, Paul Flood and Granard Motte Community Enterprise, Jimmy Donohoe, Pat Sheridan, John Pettit, Tommy Gunn, Noel Lee, Gabriel Devine, the Principal and staff of Ardscoil Phádraig, and of course, the talented students themselves.

The premiere will take place in the school at 7.30pm.