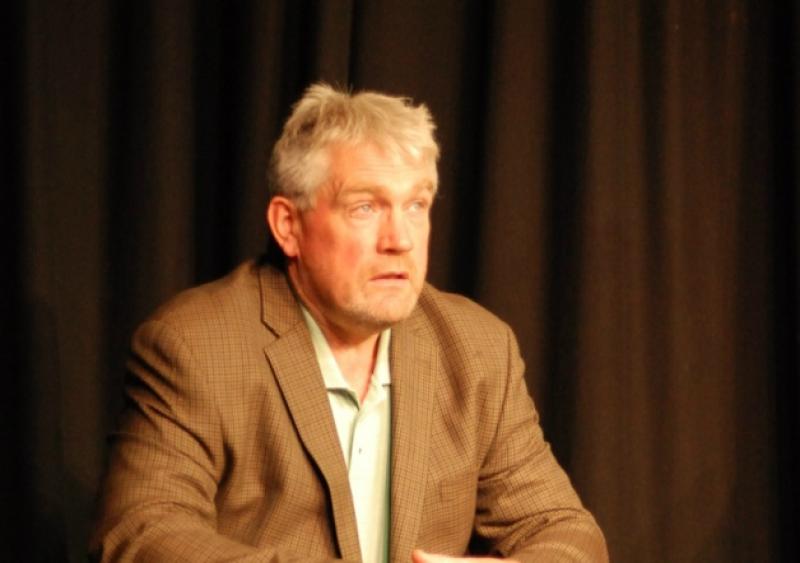 At the end of July, in a small room at the back of John Browne’s in Longford, Seamus O’Rourke delivered his latest show, ‘Padraig Potts’ Guide to Walking’.

At the end of July, in a small room at the back of John Browne’s in Longford, Seamus O’Rourke delivered his latest show, ‘Padraig Potts’ Guide to Walking’.

Opening the inaugural Cruthú Arts Festival, O’Rourke’s hilarious yet powerful play was an instant hit, with audience members alternating between crying joyful tears of laughter and wiping away bitter tears of grief and sadness.

Written and performed by O’Rourke, the play centres on Padraig Potts McKiernan, starting with his upbringing near the tiny village of Drumnamee, County Leitrim.

The audience is taken on a journey through Padraig’s life, witnessing a number of key events; from having his first drink, to meeting and eventually getting rid of his wife, Mary Tague.

Throughout the play, we are introduced to many characters, and O’Rourke takes each one on with apparent ease; be it knitting invisible rows with his hands in perfect rhythm to portray Padraig’s mother or quickly adopting the straight-laced stance of Mary Tague, O’Rourke switches from one to another seamlessly.

With their unique quirks and nuances, each character resonated with the audience members. Particularly with those who grew up in rural Ireland, they became instantly recognisable and relatable, an aspect that really added to the humour of the play.

Captivating throughout, the show, directed by Charlie McGuinness, kept the audience completely engaged. A moving and thought-provoking play, ‘Padraig Potts’ Guide to Walking’ is a must see.