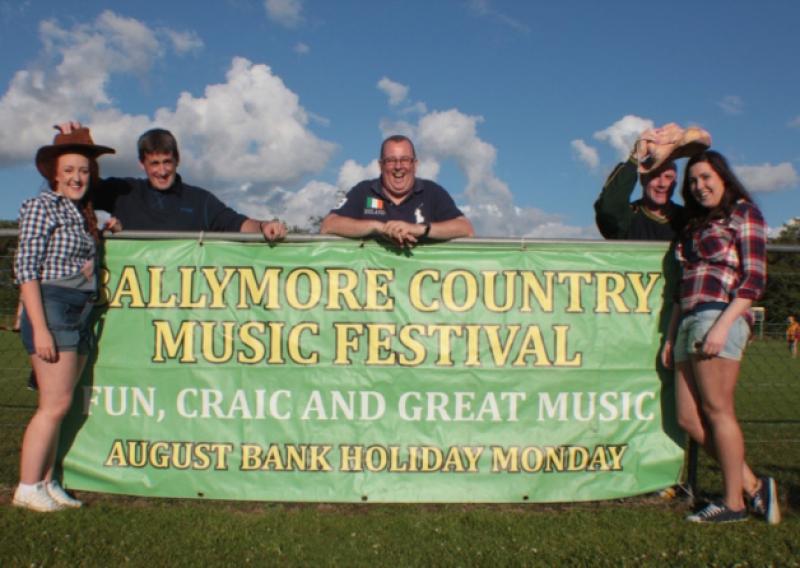 A packed programme of top-class music acts has been put together for the return of the Ballymore Country Music Festival in Co Westmeath on Monday, August 4 in Ballymore’s GAA park.

A packed programme of top-class music acts has been put together for the return of the Ballymore Country Music Festival in Co Westmeath on Monday, August 4 in Ballymore’s GAA park.

Dale Greenwood of Ballymore GAA stated that people of all ages turned out in force to last year’s event.

“The atmosphere was truly amazing, and the minute it was over, we had people asking us were we going to run it again this year.”

Run by the club along with local hurling club, Fr Dalton’s, the festival was a huge hit, featuring a star-studded line-up of country music favourites. Dale explains that this year is no different.

“Nathan Carter was a huge hit with the audience last year, and he’s coming back – and doing a longer set than last year.”

Also on the line-up are Mike Denver, Robert Mizzell, Michael English, Johnny Brady, Brendan Shine and The Conquerors - not to forget Ballymore’s own The Sheerins.

“It’s just a great line-up, and the reactions we’ve been getting since we announced who is playing have been really positive.”

The Sunday World’s Eddie ‘Rockin’ Rowley will once again compere the event, while the American cars – displayed by the American Car Club from Kilbeggan - will make a welcome return.

As if that wasn’t enough, there will also be attractions for the children, with face painting, magicians and much more.

On-site catering, bar and shop facilities will be available with a ban on rip off prices, as Dale explains.

“This is a great family day out – not an expensive day out,” adding that admission to the event is just €20 for adults and €15 for U16s, while U10s are free.

Free car parking will be available on-site or in a nearby designated area, from which a shuttle bus will run.

There will also be tickets at the gate on the day, which opens at 12pm.