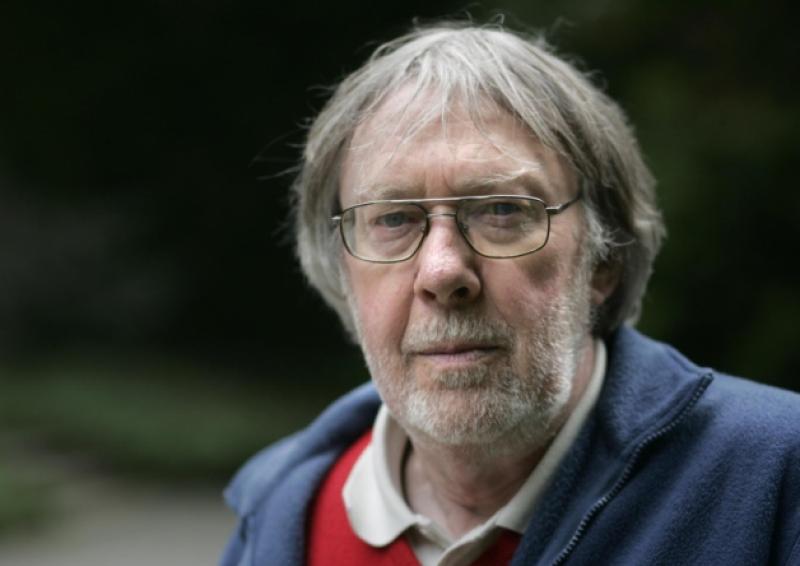 “Funny, provocative, clever, charming, and quite brilliantly written.” These are the words used by Roddy Doyle to describe ‘Life in the Universe’, Michael J Farrell’s debut collection of short stories.

“Funny, provocative, clever, charming, and quite brilliantly written.” These are the words used by Roddy Doyle to describe ‘Life in the Universe’, Michael J Farrell’s debut collection of short stories.

High praise indeed for the Longford-born writer, who is now preparing to launch his second collection entitled ‘Life Here Below’.

Michael first had a short story published in 1966, but the Clondra-based writer, who spent almost half his life in the USA working in journalism, admits that there was a gap of forty years between that and his next published short story.

Though his journalistic work was based in fact, he states that he didn’t find it difficult switching from that to his short story fiction.

“In a way, the non-fiction is much easier,” he admits.

While in the USA, Michael published his first novel ‘Papible’, which went on to win the Thorpe Menn award. It was when he returned to Ireland in 2003 with his wife Marilyn, that he once more turned his hand to short stories.

“It takes a little while to get enough short stories for a book,” Michael explains.

Discussing his own process from concept to finished product, Michael explains “People ask ‘where did you get the idea for that story’ and I’m almost never able to tell them.”

By way of example , Michael points to the story ‘Death Shall Have No Dominion’ in his latest collection.

Starting with the idea that ‘there is a fly on the wall’, Farrell turns the line into the story of a man’s life and death, bringing it to a conclusion with the deeper meaning that there is life after death.

Continuing, Michael explains, “I’m ambivalent. Everything is ambiguous. Very few of them [his stories] have neat endings.

“There are surprises along the way. Everything to my mind, good and bad, happens by surprise.”

Michael J Farrell’s ‘Life Here Below’ will be officially launched this Thursday, July 24 at 7pm in the Longford library.

County Librarian Mary Carleton Reynolds will act as MC for the event, while the official launch will be performed by local writer Jack Harte. Michael will also read a piece from his works.

Looking forward to the event, Michael says that all are welcome to attend.

“It’s a good feeling when you run into people who are interested in books,” he concluded.