Duo dance all the way to top 10 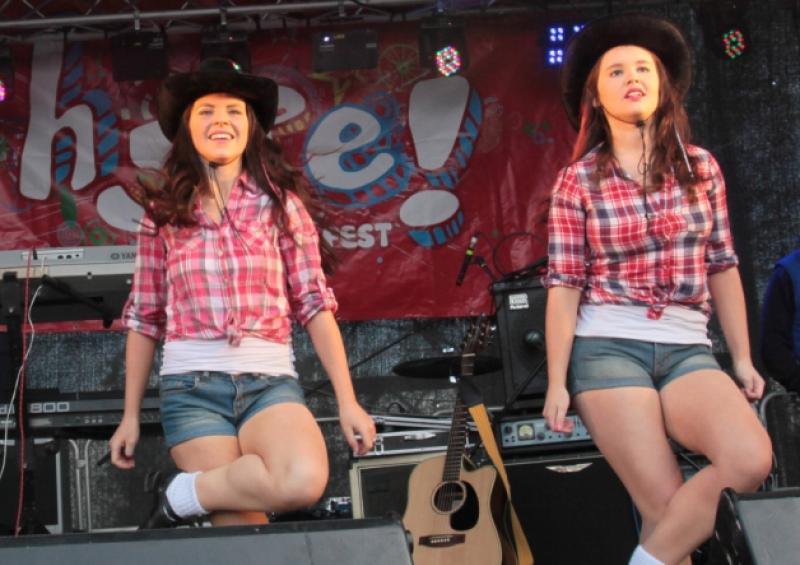 Two Transition Year students in Meán Scoil Mhuire have made quite the name for themselves over the past year.

Two Transition Year students in Meán Scoil Mhuire have made quite the name for themselves over the past year.

This year, the girls went back to dancing together, and have performed locally on numerous occasions.

Contestents in the annual Longford Youth Factor competition, Clodagh and Amy danced their way to second place, earning themselves a coveted spot on the line-up for the Hype Youth Festival. The girls were also on hand to help open the 2014 Longford Dance Festival.

Following on from their success in the Longford Youth Factor, the girls decided to try their hand at the All-Ireland Schools Talent Search.

With a huge group of supporters behind them, (TY students travelled to the various heats to cheer the girls on) the girls flew through the heats right through the All-Ireland semi-final in Portlaoise, where they were amongst the final ten. A huge achievement considering the fact that 600 acts entered the competition.

TY Coordinator at Meán Scoil Mhuire, Anita Griffin, praised the girls for their hard work, particularly in such a difficult year. Earlier this year, the girls’ dancing teacher, and a close relative of Clodagh’s, Lisa Cullen, died in a tragic road accident.

“Lisa was always 100% behind them,” Anita says, adding that Clodagh and Amy have been “an inspiration to the girls, and myself”.