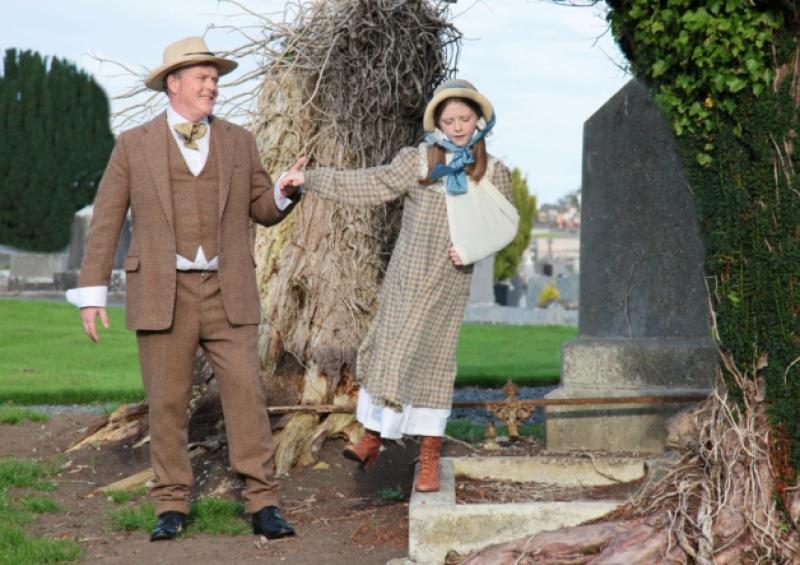 The Backstage Theatre group are set to take part in the Moat Theatre One Act Drama Festival in Naas on Thursday, October 31.

The Backstage Theatre group are set to take part in the Moat Theatre One Act Drama Festival in Naas on Thursday, October 31.

They will perform ‘A Ritual for Dolls’ in a bid to qualify for a coveted place at the All Ireland One Act Drama Final in Roscommon this December.

The group will be represented by Niall Brewster, playing Jojo, John Kelly as Golly, Jim Davey as Bravo and Christine O’Brien playing Arabella.

Directed by Declan Donohue and written by George MacEwan Green, the one act drama sees toys come to life and recall the lives of the brother and sister who owned them years ago. The story bursts with the darkness hidden under the straight-laced Victorian society against which the play is set.

“This year marks the 25th anniversary of the Backstage Theatre Group and we thought with the All Ireland happening practically just around the corner we would take the play on tour”, Declan tells the Longford Leader. “The play itself is only 30 minutes long but it is full of life” he says, adding; “I’m looking forward to seeing how the audience react as you never really know what you have until it is in front of an audience, something we may have forgotten is funny may be funny to the audience.”

The play has been a firm favourite in the festival circuit over the years and won the All Ireland final for Kilkenny’s New Theatre Group in 1987. The present group aim to bring it back to life with the intention of securing a place in the finals.

They will tour with the play to other one act festivals in Kiltimagh, Co. Mayo on November 3, Bog Lane Theatre Ballymahon on November 15, Cornmill Theatre Carrigallen on November 17 and finally in Tubbercurry on November 22. “By the end of the tour we should know if we have made enough points to make it to the final” concludes Declan.

The Backstage Theatre presents A Ritual for Dolls in The Moat Theatre Naas on Thursday, October 31 at 7.30pm. Tickets start from €12 and can be purchased from moattheatre.com.

Meanwhile, the group will continue their production of Thornton Wilder’s ‘Our Town’ this weekend, with shows tonight, Friday and tomorrow, Saturday. For more information, or to book tickets, visit www.backstage.ie.