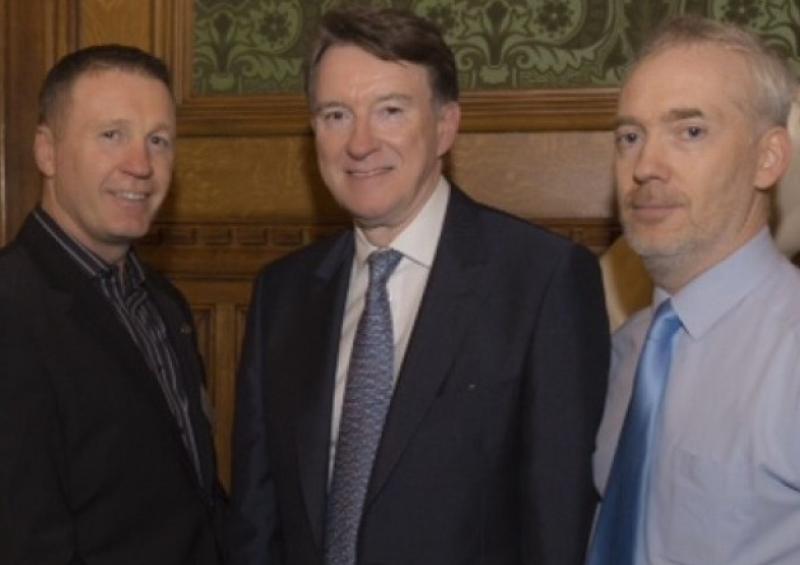 August will be a busy month for award-winning director and Killoe native, Tom Begley, as he prepares to direct a star-studded film.

August will be a busy month for award-winning director and Killoe native, Tom Begley, as he prepares to direct a star-studded film.

‘Jack Mulligan’, which was written by Andrew Nolan, whose parents hail from Ballymahon, will be shot over two weeks in August in locations throughout London, where Tom is based.

“It’s about a criminal gang lead by Dubliner Jimmy Callinan,” Tom told the Leader, going on to say, “There is sex, drugs and violence, but it is not a gangster film.

“There is a good story to it but I can’t say too much more or I will give it away!”

One thing that Tom can mention is the stellar cast that has been lined up for the production. Steve Collins will play the lead role of Jimmy and Mayor of London Boris Johnson has agreed to play a cameo.

“The other cast include Noel Razor Smith who spent thirty-odd years in and out of prison for bank robbing,” Tom continued. “He is now a reformed character and we have become good friends with him and his wife.

“Also in it is James Quinn McDonagh, the bare-knuckle boxer who lived in England. We also have Neil Razor Ruddock who used to play football for Liverpool and England. The lead female is a daughter of Adrian Dunbar.

“God knows who else we will have in it by August when we shoot.”

To source the money necessary for the film, a fundraiser has been planned for June 20 at the Claddagh Ring in Hendon, North London.

So far, £5,000 has been raised through private investment and Irish-owned construction companies and Tom hopes that a further £3,000 will be earned at the fundraiser, which will see writer Andy take to the stage with his band BibleCode Sundays.

“We will also be having an auction where we have items from Robbie Keane, Steve Collins, Shane MacGowan, Matthew Macklin the boxer, Elvis Costello, Arsenal signed shirt and Irish signed shirt and we hope to make another £1,000 from this.”

Their target is £12,000, and between this event and a golf day in September, Tom is hopeful that they will reach their mark.

For more information on the film or to donate, search for Jack Mulligan Movie on Facebook.