Daphne set for Rose
of Tralee finals after
success at regionals 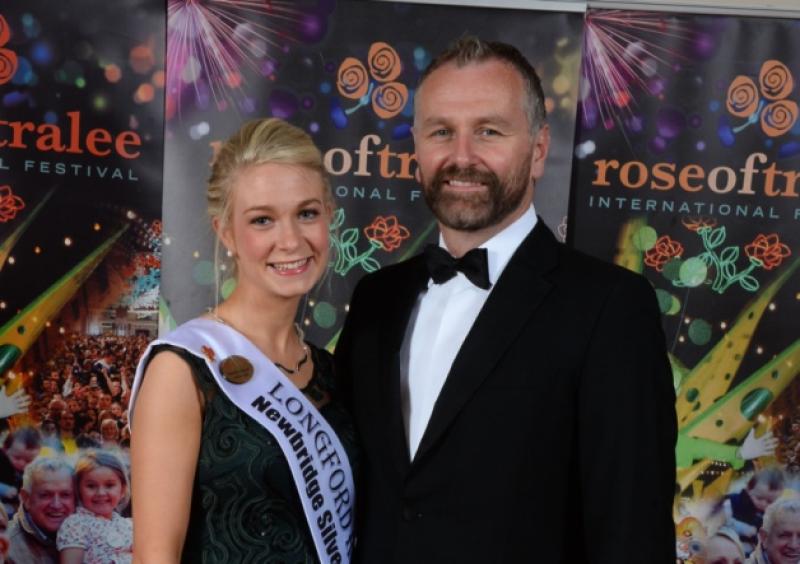 Longford Rose Daphne Howard will appear at the Rose of Tralee’s televised finals in August after being named as one of seven Irish Roses to progress from the Regional Selection event in Portlaoise last Sunday night.

Longford Rose Daphne Howard will appear at the Rose of Tralee’s televised finals in August after being named as one of seven Irish Roses to progress from the Regional Selection event in Portlaoise last Sunday night.

“It’s pretty surreal, I wasn’t expecting it at all,” Daphne told the Longford Leader. “I went to Portlaoise with the attitude that it would be ‘my Tralee’ and to enjoy it for what it was, but now the bonus is that I actually will be going to Tralee.”

After arriving in Portlaoise on Thursday morning, Daphne and the other Roses were briefed on what to expect during the selection process.

“Then a few of us were shipped out to a bog in Abbeyleix for a yoga session,” she laughed. “It was a nice experience.”

Individual and group interviews followed before 56 roses went before the public to be interviewed by presenter Dáithí Ó’Sé at the Portlaoise Heritage Hotel over the following three nights.

“There was two sections, one for the Irish Roses and another for the International Roses,” Daphne explained. “There was a total of 28 Irish Roses, and only seven were chosen to go through.

“I had loads of support on the night from my family, neighbours and friends,” she continued. “I couldn’t hear my name being called out because of the loud cheer from my supporters!” she added.

The other Irish Roses chosen to go forward to the finals in August come from Derry, Galway, Louth, Meath, Monaghan, and Wicklow. The Roses from Cork, Dublin, and Kerry progressed automatically.

Speaking of her experience at the Regional Selection, Daphne admitted it was a memorable occasion.

“I really enjoyed the weekend. I got to meet the girls and we built friendships, and it was a nice ice-breaker for Tralee,” she said.

Daphne also revealed there that this year’s London Rose has a Longford connection: “Her name is Aisling Hillary and she’s going out with Seamus Loughrey from Longford.”

The Longford Rose will join the other Roses for a national tour ahead of the finals on August 17 and 18.

“It will stop off in Leitrim so I’ll be close to home then,” Daphne confirmed.